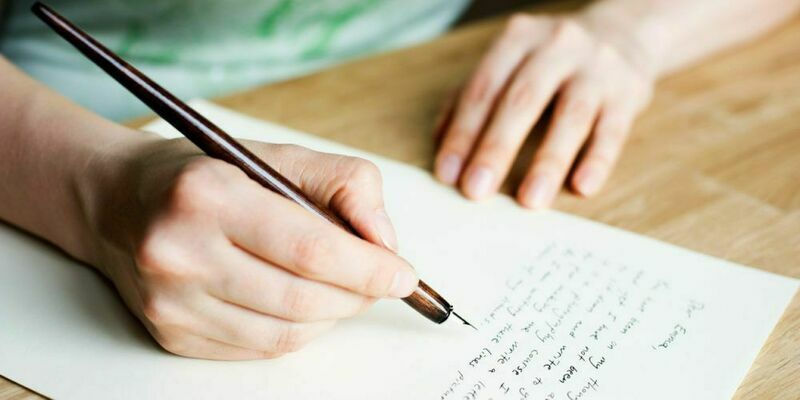 How can you show people you care about them?

When I was a little boy – even smaller than I am now, and I’m still not very tall – I got cards in the mail from people all the time: grandparents, family friends and neighbors, to name a few.

I never thought much about those cards. I’d read them, set them somewhere and eventually toss them in the trash. I thought they were just pieces of paper.

Now, I know they’re worth so much more.

The art of letter writing seems to be a dying one. Junk mail and bills are about the only parcels we receive in envelopes anymore. The days when mailboxes were filled with hand-written, heartfelt letters from loved ones both near and far seem to be almost gone.

I’m lucky enough to know folks who still see the value in expressing their feelings by using pen and paper.

In my four years working for The Blackwell Journal-Tribune – yes, four years – I’ve received a dozen or so letters from readers. I’m hesitant to name everyone who has sent me a letter for fear of forgetting one. To those who have written letters: You know who you are, and I thank you.

These readers (and writers) often say they enjoy my columns. I’m flattered by these remarks, and I’m also relieved to know that someone actually reads them.

They’ve also written cards for my birthday and wished me another blessed year on the Earth. Again, I’m flattered and relieved, because journalists are about as popular and well-liked as auditors at the IRS.

Letter writing takes a considerable amount of time, at least by modern standards. A person must buy the card (or the materials to make it), and then must fill it out. Sometimes, getting the right words to come out takes several attempts.

Think about it. Writing a card with 100 words – an average amount – probably takes about five minutes. That might not seem like much time, but we live in an era where people would rather send a text message in two seconds than spend a minute or two talking on the phone. By that mark, five minutes is a significant span.

I happen to think we take time for granted more now than we ever have before.

When I was a senior in high school, I attended a meeting in which a couple of community volunteers told seniors about the importance of writing “thank you” cards to people who gave us graduation gifts.

Writing a personalized card, they said, shows that we’re grateful not only for the gift, but also for the time the person spent in getting it for us.

Ironically, a lot of the gifts I got at graduation came with “good luck” cards. I still have them sitting in a bucket in my room. They mean a lot to me, even two years later.

I wrote dozens of cards that year to thank folks who thought of me. I wrote more last summer at the end of my internship to thank my bosses for giving this country kid a chance in the big city.

I plan to write more in the future – and I hope you will, too.

Writing cards is a meaningful way to show gratitude, affection and compassion. If nothing else, receiving a card from someone shows that we’re not alone in life. Being thought of is precious – and sometimes, we need to be reminded that other people are thinking of us.

A text message will be hidden or deleted, and a phone call will be forgotten.

But a card might just wind up in a box somewhere, waiting to be read over and over again, helping people relive the joy they had when they fetched it from the mailbox.

Cards might be going out of style. But the impact they’ll have on the receiver could last forever.