HBO's "Mare of Easttown" is a twisting, turning, must-see drama 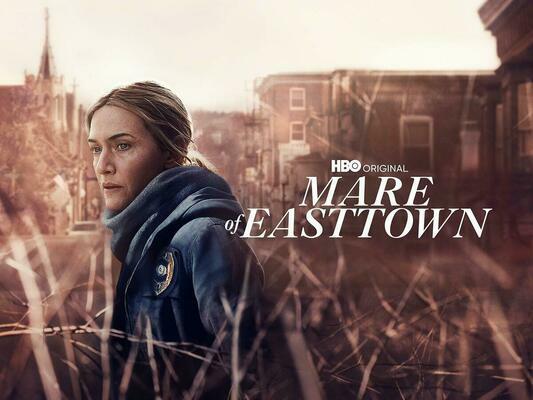 "Doing something great is overrated because then people expect that from you all the time. What they don't realize is that you're just as screwed up as they are."

HBO's "Mare of Easttown" is the premium cable's latest crime-drama offering in the same vein as their other iconic dramas such as "True Detective" and "Perry Mason", except "Mare" swaps brooding macho men for a disheveled middle-aged divorcee in the form of actress Kate Winslet as Mare Sheehan, a detective sergeant in the sleepy town of Easttown, Pennsylvania who's life is upended when a teenage girl is found dead in the woods.

What follows is an engaging, emotional, and often contemplative six-hour journey into how we cope with trauma and what lengths we would really go through for our families.

Winslet, far from her pale virginal innocence as seen in TITANIC, is on the wrong side of her middle age and is in the middle of a divorce from her husband, locked in a heated custody battle over her deceased son's infant child, and being dragged in public for not solving a kidnapping case going on a year. Unsure of her and the Easttown Police's ability to solve a headline-grabbing murder, the state sends Detective Colin Zobel (an against-type Evan Peters) to assist in the investigation.

I previously mentioned that "Mare" breaks from the HBO norm of populating their murder mysteries with brooding, drunk, chain-smoking men such as Colin Farrell, Matthew McConaughey, and Matthew Rhys and it does so successfully without any grand-standing about "women can be detectives too". The series presents the lead character, warts and all, with absolute 0 humility or apology, and I think that's what makes it so easy to buy Winslet's performance.

Not that we need to buy it, because it is easily one of her best. Mare's voice cracks, her eyes water, and her foul mouth never gets much cleaner.

Mare isn't a "female character", she's a character. A damn good one at that. The mystery at the heart of "Mare" will take you through so many twists and turns that you'll need a handful of aspirin and a swig of vodka to stop the nausea. The twists seriously don't stop until the last 20- 30 minutes of the finale. And I promise you won't see the ending coming. To talk any more about it would be to spoil, and this is something that must be experienced.

I will say, the expectations we as the audience might have towards"whodunnits" like this are taken and subverted with absolute glee. The red-herrings abound, and you'll twist yourself silly trying to weed out the culprits she should suspect versus the ones that the genre has trained you, the viewer, to.

Beneath the crime-drama though "Mare" is a story about friendship and guilt. A story about letting go and holding on. It is a captivating human drama as well as twisting, twirling, mystery. Expect to see Winslet and co. walk away with some gold this awards season.

"Mare of Easttown" is streaming on HBO Max.