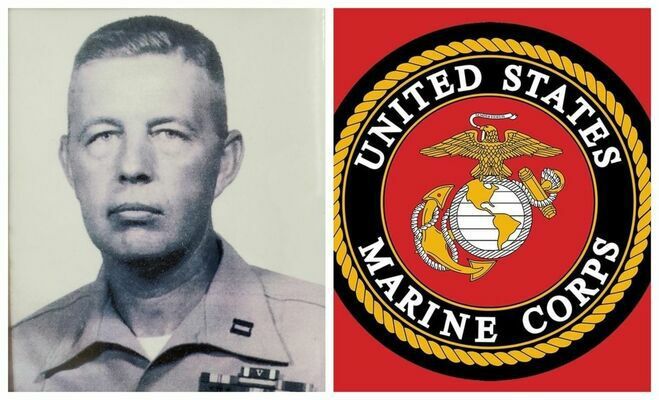 When U.S. Marine Captain Gary Bringham was named Parade Marshal for the City of Blackwell’s 4th of July parade, he said it was an honor.

“When we came back from Vietnam, people were rotten to us,” Bringham explained, “They threw food at our bus in San Francisco, called us terrible names…it was awful. So any chance I get now to stand up and say that I served, I take that as an honor. It’s nice to see not only myself but the people I served with getting recognition, and not being screamed at and spit at.”

Bringham was born in September 1934 in Blackwell, Oklahoma where he graduated and found himself in the United States Marine Corps in September of 1951. After training at San Diego, California he was soon assigned to the 7th Tank Battalion Force Troops, Camp Pendleton, California. In February 1953 through April, Captain Bringham served with the 4th Anti-Tank Battalion, 3rd Marine Division.

He met up again with the 3rd Tank Battalion from May of 1965 through December of that year during the Vietnam War. In January of ’66 he was transferred to School Demonstration Troops in Quantico, Virginia and in July of that year was promoted to Second Lieutenant. From July of ’66 through August of ’68 Bringham served as a Tank Platoon Commander in Quantico until his transfer to Camp Lejune in Carolina for supply field retraining. In November 1968 he was whisked away to Albany, Georgia where he served as a Supply Officer until December 1969. In January 1970 he was transferred to Service Company, 9th Engineer Battalion, Fleet Marine Force and from March to August of 1970 was back in Vietnam with the 9th.

After serving in Vietnam again, Bringham was back in Camp Pendleton from January 1971 until June of ’74 as Supply Officer. Finally, in 1974, Bringham finished his time with the U.S. Marine Corps as Barrack Supply Officer at Guantanamo Bay, Cuba, until his retirement in 1976.