No love for Christian America: Is "National Gaslighting" to blame? 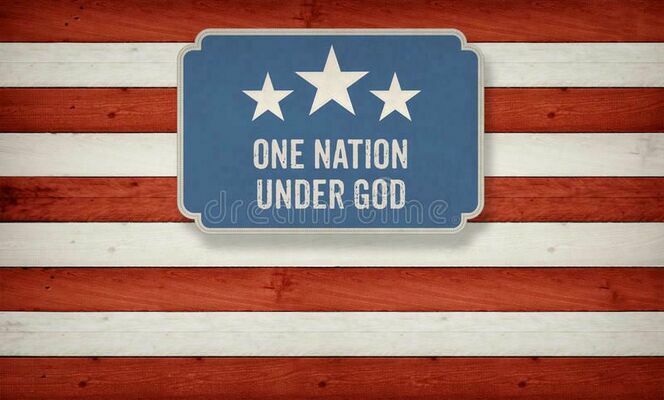 I am finally back! For the last several weeks, we were busy with several events. Our church had Vacation Bible School. After that, I took my son on a camping trip to Colorado. I left to go to Falls Creek a day after getting back. Everything went great. Falls Creek youth camp is still an amazing place to take youth to hear about and encounter God on a deep level. I am happy to be back to a regular schedule and sleep in my own bed for more than one night a week.

As we celebrated Independence Day just over a week ago, I was left contemplating the difference between how I grew up celebrating Independence Day: the history of our country and the joy that used to permeate the country around July 4th. I also thought about the mixing of our Christian history as a nation.

Do you remember when everyone in the country loved the U.S.A.? Do you recall when the flag of our country was a source of pride, a symbol of freedom and unity, and most people never even thought of harming or disparaging it? Remember when no other people on the face of the earth unashamedly came together for the good our country represented?

Can you close your eyes and see the joy, hear the speeches, remember the music or bands that would play before or during the fireworks show? Do you remember a local pastor praying and thanking God for the founding of this great country as “One Nation Under God, Indivisible, with Liberty and Justice for All?”

People under 25 probably cannot even imagine a country like this. There was no outrage, hate or lies being spread and believed. There was never any division between Republicans or Democrats. Most of us never even knew what side of the political aisle someone else in our town was on. Even if we did know, we did not care. We were all Americans thanking God for religious freedom and all the other freedoms we enjoyed.

We never thought Independence Day, the founding of our country, the Revolutionary War or any part of our country was racist or rooted in something evil. If ever there was anyone or anything like that, we thought they were crazy individuals that: A) had not been taught the truth or B) obviously were spoiled brats that never understood the great sacrifices made by so many. Those sacrifices give us the safety, opportunities and freedoms we were so blessed to enjoy year after year.

Why is it so different nowadays? To make a long answer short: manipulation and lies.

We have a movement in our country that is now finally coming to fruition so many years later. This movement started by removing God, God’s Word and prayer from anything public.

Public schools, courthouses, universities, places of employment, and other significant institutions across our country have accepted, without much of a fight in most places, that it is wrong to have the 10 Commandments, prayer or God’s Word for what we based our morals and truth on.

It was promised that all these places would be apolitical and operate without any religious or political control. Unsurprisingly, the world and the devil had a field day with morality, truth, education and the raising of the subsequent generations of Americans.

Moral relativism, secular humanism and every agenda against the founding principles of this nation thrived and destroyed what set us apart from every other nation on the face of the earth.

The ideals behind “One nation under God” went from liberty and justice for all in my lifetime (1980s to now) to overregulation, increasingly harmful taxations, no one being accountable for their own actions, nobody listening to each other, and people operating on feelings instead of truth. We all see how that is turning out.

Do you know what the definition of gaslighting is? Gaslighting is a form of abuse or psychological manipulation where a person or a group makes people question their sanity, perception of reality or memories. If this happens in any of your personal relationships, I am so sorry. Unfortunately, this has been going on for a decade or more in our country with disastrous consequences.

Here are some examples of this national gas-lighting. Some in our country want us to believe that our flag is a representation of evil, racism and oppression. This could not be further from the truth; our flag represents freedom, liberty and justice for everyone, regardless of skin color, religious preference or socioeconomic status.

There are others who would have you believe that this country was never great, some people have never been free, and that the whole system only benefits a few. The American Dream benefited everyone in the world after we had a war where literal brothers were killing each other over slavery and state’s rights.

It took a while, but after two world wars, we finally fixed the racism problem in our country during the Civil Rights Movement and settled into a mostly peaceful time at home. This does not mention wars our country got involved in around the world or the discussion of whether we should have gotten involved in those wars. Then everything changed when we started rewriting history.

We should never have gotten away from the Bible for our morality, ethics and truth in this country. We should never stop studying and gleaning great wisdom from our Constitution, Bill of Rights and separation of powers.

Our country is heading into uncharted waters with anti-American, communistic, socialistic and manipulative power-hungry liars at the helm of the ship.

We could turn everything around by just going back to God’s Word, truth and founding principles. Hopefully, we will.