"Meet the Maroons" Day to support all sports in Blackwell 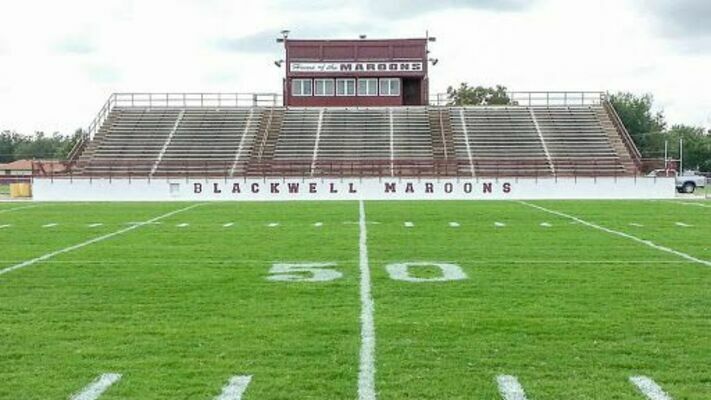 The Blackwell Maroons are planning an end-of-the-summer bash to coincide with their annual media day, bringing fun, games and live music to Memorial Park on Aug. 7.

The Blackwell Maroons Quarterback Club announced Sunday that all school clubs are invited to participate. The quarterback club will use the event as a way for the community to see all of Blackwell’s athletes before their respective sports seasons kick off.

It will feature a dunk tank, Nerf gun shooting range, duck pond, ring-toss, corn-hole, a free-throw contest, darts, football and softball tosses, a cake-walk, prize wheel, face-painting and more. The cost of admission is $1 per person. Entertainment will be provided by musical guest and former NFL star Joe King, a Cincinnati Bengals safety-turned-country music singer King recently released his single “Down in Stillwater Oklahoma” and followed it up with “Have Another Beer.”

He has his own Spotify page, and his work has more than 7 million views across YouTube and Spotify.

“Meet the Maroons” will also feature a free swim at the Blackwell Memorial Pool. The event is sponsored by the Free Will Baptist Church. This will act as the finale to a busy summer for the Maroons football team.

This year, the team gained a new head coach, Brent Parker. Parker is preparing for the Maroons football camp, which will take place July 21 and 22. It is for students in Pre-K through the 8th grade