Cody's Corner: Have you ever journeyed into the unknown? 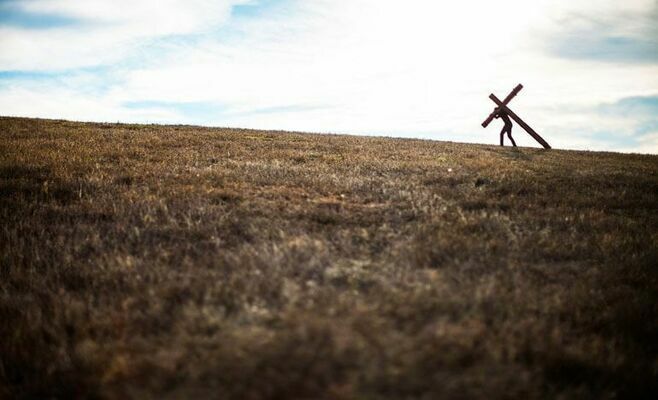 Have you ever had to go to a place that you knew nothing about? When you got there, did you not know what you were supposed to do?

Today, we are going to look at a time where a follower of Jesus was obedient and got to have an amazing faith-growing experience.

Please read Acts 8:26-39 about Philip and the Ethiopian official. I want you to notice that Philip was obedient to an angel of the Lord and the Holy Spirit.

Then we see the marvelous conversion of someone who was reading about Jesus from Isaiah 53.

Some people think they are obedient to Jesus just because they believe in Him and have been saved. Praise the Lord you believe in Jesus! However, if that is where your faith-walk and “obedience” have ended, then we need to have a talk.

Others think they are MVP Christians because they go to church every Sunday, and they even tithe 1/10th of their income. Praise the Lord again because you are being obedient to the Word of God. Unfortunately, if that is where your “obedience” has stalled and you think your Lord and Savior requires nothing more from you, I believe you have seriously missed the point of a lot of the whole Bible.

From the beginning of the Bible to the end, God has wanted people who believe in Him to follow Him whenever and wherever He wants them to go.

Many times in the Bible, the people following God do not know exactly where they are going, but they are still supposed to go. They are supposed to ignore or overcome the fear of the unknown. They follow Him without being given the whole picture of what is going to happen to them.

Would you go wherever God told you to go? Or would you want all the details before you would decide whether or not you would go?

The second act of obedience involves overcoming the fear of what could happen to you when you do obey. There could have been consequences to jumping in the chariot if Philip would have thought about them.

Philip could have been stopped by a guard; a high-ranking official likely would have been traveling with servants and probably some sort of security force. They could have hurt him for approaching someone like that unannounced.

Philip could have thought the official was too important or too busy to be bothered; he could have waited for someone more like himself. Praise God he did not. We see what can happen when someone obeys God and everything happens at just the right time.

Do you think it was coincidence that Philip arrived and talked to him at the exact moment he was reading about Jesus from Isaiah 53?

Believe that God wants to use you in the exact same way in innumerable lives. God will put people in your path – or put someone on your heart – that you are supposed to tell about Jesus. You are supposed to encourage them and love them.

We limit ourselves way too much by being disobedient. We often resist opportunities to serve our King. Most of the time, this is because we are too afraid of the unknown – worst case scenarios that jump into our minds or possible reactions from those we are supposed to be speaking wonderful words of life to.

Will we ever be like Philip or countless others in Christian history who obeyed without reservations or objections? We would see God moving in our lives more clearly if we did.

Remember: the first step of obedience in the passage was “Get up.” Some of us need to get out of bed, get off the phone, find our identity in Christ, get lies out of our life and be ready and willing to serve our King when and wherever he says to.

I pray that you and I will both stop serving ourselves in this life and look for the countless opportunities daily to make a difference for the Kingdom of God.

Dayle says to "Pay it Forward" for a better life