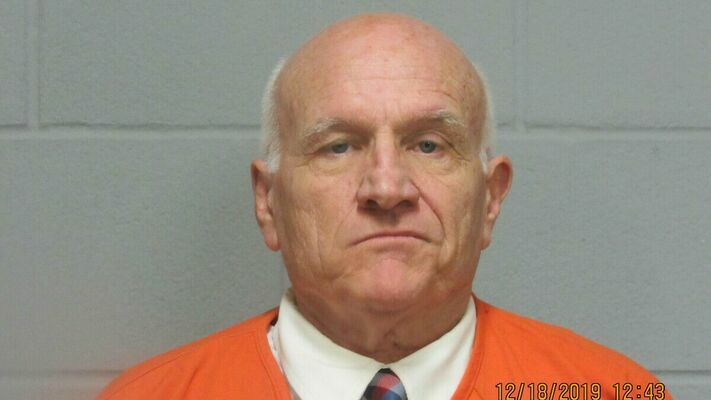 A former Kay County school superintendent accused of multiple sex offenses is allowed to leave his home and work at his farms under new bond conditions.

When he was charged, Young was ordered to wear a GPS ankle monitor and remain under house arrest unless attending medical appointments, religious services or meetings with his attorney in Oklahoma City.

Now, he’ll be able to work at his family farms from 6:45 a.m. to 8:45 p.m., court records show. All other bond provisions – including one that restricts him from entering the town of Peckham – are still in effect.

He’ll be required to notify officials of his location when working.

In court documents, Young is accused of “knowingly and intentionally looking at and touching” the body parts of a child over a 10-year period between January 1985 and September 1995.

The acts allegedly took place at his home, and a victim was under the age of 12 when “many” of the acts were committed, officials alleged in court documents.

Young is also accused of blackmailing a female employee of his school district into providing him with “sexual favors” by threatening her employment, court documents alleged.

At the time he was charged, four victims were listed in court records.

The Oklahoma State Board of Education suspended Young’s teaching and superintendent certifications in August 2019 after multiple individuals accused him of making lewd comments and unwanted sexual advances toward them, according to state officials.

Brad Clark, an attorney for the Oklahoma Department of Education, alleged in an application for an administrative complaint against Young that the superintendent “has sexually assaulted adults and minors, groomed minors for sexual abuse and unfairly compensated teachers in exchange for sexual relationships.”

His next court date is Aug. 5, online court records show.

Multiple attempts to contact the Kay County District Attorney’s Office in the last week have been unsuccessful.