"Ted Lasso" will make your life better- watch it. Now. 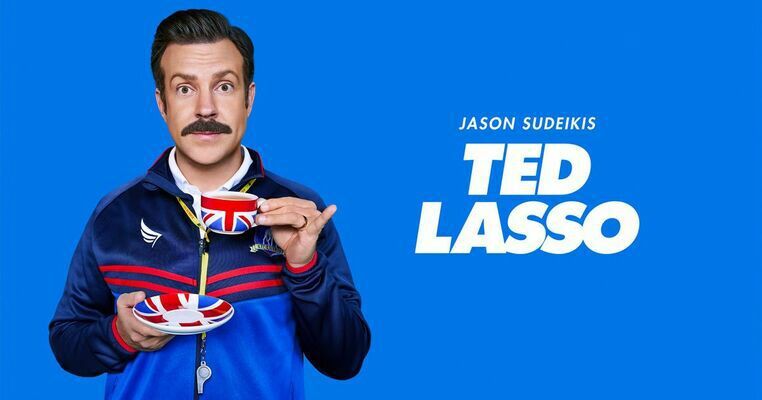 “You know what the happiest animal on Earth is? It’s a goldfish. You know why? Got a ten-second memory. Be a goldfish.”

Apple TV+’s comedy series “Ted Lasso” has been gaining momentous popularity ahead of it’s recent Season 2 premiere on the streaming service, and for good reason: it’s one of the most genuine, heartfelt, and happy shows I think I’ve ever seen.

The series, loosely inspired by a series of NBC Sports commercials from the early 2010’s, follows Jason Sudekis as Ted Lasso, a hopelessly optimistic goofball football coach for the Wichita State Shockers who is randomly and inexplicably hired to coach a struggling English football (soccer) club.

From there he’s plucked from Kansas and dropped into the heart of London.

Lasso is a fish out of water and forms his coaching staff while comically trying, failing, and succeeding at mastering a broad language and cultural barrier...not to mention coaching a sport he knows nothing about, while also dealing with the two aggressively alpha team stars with the aging veteran player Roy Kent and the hotshot young celebrity Jamie Tartt.

Spearheaded by Bill Lawrence, creator of one of the best TV dramedies of all time with the early-aughties hit “Scrubs”, as well as Brendan Hunt (WE’RE THE MILLERS) and star Sudekis, this series is far better than it has any reasonable right to be.

First of all, it is laugh-out-loud hilarious. Plain and simple, it stands alongside HBO’s “Veep”, Fox’s tragically short-lived “Scream Queens”, and NBC’s “The Office” as a show that will leave you gasping for air at some parts.

Secondly, it will make you cry. Without a doubt. The show, being so care-free and bright, is allowed to tackle some heavy issues like rejection, falling out of love, accepting your partner’s past, doubt, anxiety, mental health and therapy, and so much more. It is, in that regard, like a more foul-mouthed TV-MA version of “Scrubs”.

One minute you’re gasping for air, the next you could be grasping for tissues. But it isn’t depressing or mopey, no. There were instances that I was moved to tears by the sheer happiness of the show alone. It’s just that well-written and acted that you connect and care for these characters right from the start.

The writing is witty and sharp, and sports fans will appreciate the football/”football” jokes as well. It’s a “smart” comedy without pretentiousness.

Sudekis is aided here by a cast that includes Hannah Waddingham (Sex Education, Game of Thrones) as the club manager, a divorcee who was left by her billionaire husband and got his football club in the divorce. Her motives are clear at the start, but become murky as she is humanized more and more.

Juno Temple (MALEFICENT and THE OTHER BOLEYN GIRL) stars as the seemingly ditzy love interest to soccer star Jamie Tartt before immediately becoming something else, and she acts with such a serene innocence and sweetness that it’s hard not to fall in love with her like everyone else.

Comedian Brett Goldstein plays the brooding and perpetually angry soccer vet Roy Kent, and he absolutely nails it. Seriously, his delivery is gold.

His foil in the show, frenemy Jamie Tartt, is played by Phil Dunster who is played with such boyish cockiness that you want to punch his face and be his friend and fan at the same time. Dunster has been seen in BBC’s “Dracula” and 2017’s MURDER ON THE ORIENT EXPRESS.

Nominated for over 19 Emmys and the winner of the Golden Globe Award for Best Performance in a Comedy- Jason Sudekis- “Ted Lasso” is now streaming on Apple TV+ and will be the best thing you’ve watched in a long time. And, honestly, I think it’ll improve your life.