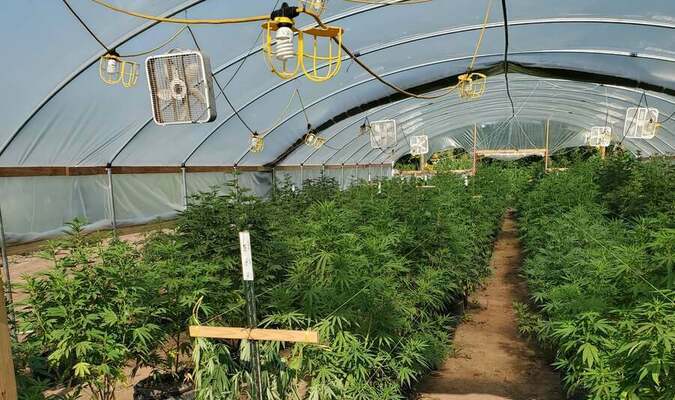 Nearly $3 million worth of illegally grown marijuana was seized and destroyed after police raided a commercial marijuana growing operation in Kaw City on Thursday.

Multiple people will likely be charged in connection with the operation, and Kay County Sheriff Steve Kelley said he expects those charges to be filed within the next two weeks.

More than 50 officers from multiple state and local law enforcement agencies conducted a search warrant at the site and found up to 3,000 fully grown marijuana plants, the sheriff’s office wrote in a Facebook post following the raid.

Multiple citizens had previously contacted the sheriff’s office to complain about sounds of gunfire coming from the site, which led officers to investigate the property, Kelley said.

The Kaw City search and seizure is one of the latest in a string of raids across the state this year. The Oklahoma Bureau of Narcotics and other law enforcement agencies have cracked down on illegal growing operations in the state as the number of marijuana growing operations rises.

The facility’s operators, who are from states such as California and Texas, lacked the proper licensure to grow medical marijuana, Kelley said.

“We’re working on it,” Kelley said. “It’s going to take time. It’s not a fast process like people would like for it to be. We’ve got over 114 grow operations in Kay County alone right now, and we’ve busted one.

“What people don’t realize is, probably the majority of these grow operations are legal by administrative acts. They’ve got all the permits. They’re doing everything that the law says they’re supposed to do. We just haven’t caught them doing something wrong yet.”

Kay County District 1 equipment operators took a break from maintaining county roads to help remove the plants from the site and destroy them, Kelley said.

No other information was available as of press time, as the case remains under investigation, Kelley said.

Charges dismissed against Circle; Wynn due back...