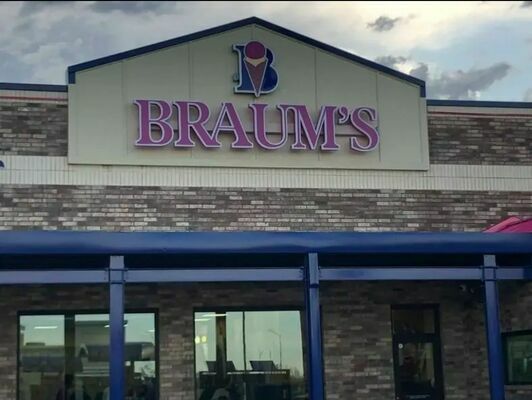 Yesterday at approximately 2:54pm, Blackwell Police were dispatched to Braums in reference to an armed robbery that occurred in the parking lot with one of the employees.

Upon arrival, Blackwell PD made contact with the Victim, who stated she was in her car listening to music before work when a man approached her with a dark gray handgun.

The victim stated he then pointed it at her pushing the barrel to her arm and demanded money because he needed gas. The Victim gave the man a small amount of cash before the suspect then left the parking lot in a mid 2000's silver 4D Honda Accord.

The suspect appeared to go west on Highway 11 to the area of I-35. Suspect was described as a white male late 20’s early 30’s approximately 5’7” approximately 180-210lbs brown hair, no facial hair, dark sun glasses, and a deep voice.

The suspect was wearing a yellow/white shirt, dark color shorts that go below the knees. Surveillance video of the incident has been retrieved and Blackwell Police has requested assistance from another state agency to assist with improving the quality of that video.