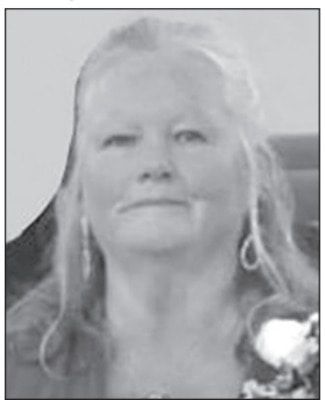 Sandra McCleary McRae, was born on Feb. 4th, 1948 and passed into a better life on Aug 9th, 2021, at Blackwell Hospital. Sandy was born at Blackwell hospital to Glen and Markoleta McCleary. Sandy attended Blackwell, and Braman schools, graduation from Braman High School in 1967.

She married Jonathan (Randy) McRae on December 22nd, 1970, and they made their home in Blackwell, OK. Sandy is survived by her husband of the home, four sons, Mark and Mickie McRae, Chris and Felisa McRae, Eric and Sierra McRae and Aaron McRae. She was the proud grandmother of 13 grandchildren and nine great-grandchildren. She is also survived by one brother Doug McCleary and wife Twila, one niece and six nephews.

Sandy was proceeded in death by both her parents, brothers Ricky and Ronald McCleary, sister Joyce Brake, nephew Michael McCleary, and niece Mary Mitchell. Sandy worked for Cupid Foundation, then Jenkins Drilling, before returning to Cupid Foundations, were she retired in Feb. 2009. Sandy enjoyed crafts, and for a short time had her own craft store, where she enjoyed making photo albums and other personal gifts for people in the communicate.

Sandy was a member of the Bethesda Church, and enjoyed bring toys for the children in the nursery. Sandy and Randy were honored to be named Blackwell Family of the Year, for their dedication to parenting 25 foster children in their home over the years. Sandy’s greatest joy was her family. She devoted herself to raising and helping her children and grandchildren over the years. Services will be Aug. 21st, at 11:00am, at Bethesda Church, Blackwell, OK. No graveside services.