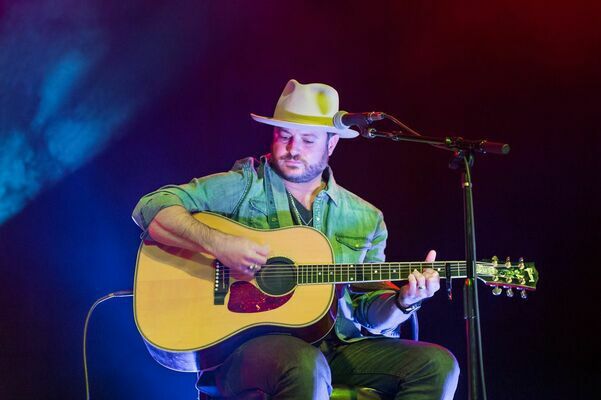 A free country music festival featuring several Red Dirt acts and Oklahoma musicians will take place during Homecoming weekend, city officials said. October 9 will see the rising stars of country music burning bright in Blackwell for the first annual Top of Oklahoma Jamboree, an event that city officials hope will be the first in a growing concert series.

Morgan Field on south Main Street will be transformed into an open-air concert venue that will host Wade Bowen, 51 Junction, The Trent Fletcher Band and Cassy Kendrick. Wade Bowen “blends the many flavors of Texas into bold and captivating music,” with three albums that charted in the Top 10 for country music in the United States, city officials said.

51 Junction – which hails from Stillwater, the birthplace of Red Dirt music – is a band of lifelong musicians who use their guitars, fiddles and vocals to express their deeply personal lyrics. The Trent Fletcher Band, also from Stillwater, is “keeping Red Dirt alive,” according to the website Raised Rowdy.

The band is known for its viral song, “Don’t Drink the Whiskey,” and other soulful, rambunctious tracks. Cassy Kendrick is a local artist who can be found on YouTube. The unmistakable mastery of her guitar – along with her powerful vocals – makes her a force to be reckoned with as an up-and-coming act, officials said.

Red Dirt music is a growing genre that got its name from the red soil where it began: in Stillwater, according to Wide Open Country, a leading country music news source. It typically combines elements of traditional country, rock, blues and folk music, rejecting modern country’s movement toward pop music trends.

City Manager Jerry Wieland said the event received partial funding from the City of Blackwell, with the rest being raised by various sponsors. Although the concert is during Homecoming weekend, it’s not just for Homecoming attendees, Wieland said. “This for the entire community,” he said.

“We hope everyone comes out to enjoy the music and to hang out with friends, family and fellow members of their community.” Food trucks and pop-up shops will be at the event, officials said. More information will be released as details are finalized.