Cody's Corner: I believe we can Revive Blackwell 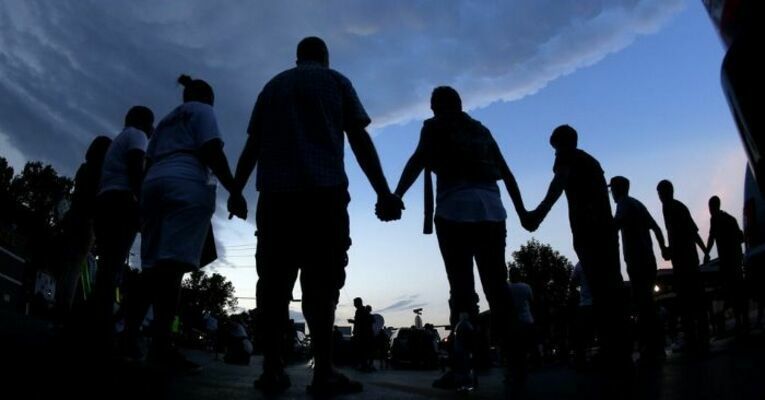 Isaiah 57:15 reads: “For thus says the One who is high and lifted up, who inhabits eternity, whose name is Holy: ‘I dwell in the high and holy place, and also with him who is of a contrite and lowly spirit, to revive the spirit of the lowly, and to revive the heart of the contrite.’”

I am amazed at the duality of God. In the verse above, we see how Holy and separate He is from us, but at the same time, we see how He dwells with the lowest and sinful.

I have found it interesting how sometimes the most comforting thing I hear from a worship service, sermon, or a passage in my Bible is the most convicting part.

While it is true that pride comes before a fall, at the same time, God will lift you up out of the miry clay you have sunken down in. We should take comfort that, if we are arrogant, we will be humbled, and that if we are broken, God will fix us. It just might not always happen the way you expect it, and that is another part of our amazing God. When God laid it on my heart to plan a city-wide revival, He showed me that one of the main groups of people He wants to minister to through the revival is the broken-hearted.

In my life, two of the darkest times were when I was broken-hearted. One was when I came face to face with the truth about my sin and separation from God when I was saved. It was the lowest and deepest conviction I had ever felt, followed by the most freeing, uplifting, liberating and cleansing experience of my life, also known as being saved.

The other time was after a time of admitting and confessing sin struggles in my life, and feeling as if I was totally worthless because of what an awful sinner I was while being a Christian. Thank God He is able to, willing to and loves to “revive the heart of the contrite.”

C.S. Lewis wrote on this subject, saying: “Pain insists upon being attended to. God whispers to us in our pleasures, speaks in our conscience, but shouts in our pains: it is his megaphone to rouse a deaf world.” Will we let God shout a rousing word to our hearts in the midst of pain? A challenging word? An uplifting word? A healing word? Will we let Him speak to us at all, or will we just listen to the world or only have ears for that old serpent to speak into when he has only that has been messing things up and lying since the Garden of Eden?

I have been told the revival will accomplish nothing. I have heard some say that only the “church” people will attend. While the revival is for “church” people from all the churches in our town, I hope that the lost and broken will come, too. It is at the Event Center, and I believe that some people will come to this revival that would never walk through the door of any church listed below (including the one I am at) because they think they would be judged.

So, I challenge all the “church” people to at least invite one person who is broken and addicted and who would never attend a church service for whatever reason.

We will see God do a mighty work through the power of Jesus Christ! All of you doubters and people only concerned with growing your kingdom on the Earth instead of God’s Kingdom can just stay away and miss out. However, I actually hope you will come and be a witness to the mighty transforming, delivering and saving power of the King of Kings and Lord of Lords – and have your doubting Thomas heart changed from the inside out. We need to get the broken-hearted to the revival and to regularly attending one of the churches below. For too long, they have been broken.

They need to see that Jesus is someone who loves to bandage a broken heart and heal it only how He can. We need to share the truth that God wants to break through the sin and shame and have them leave strengthened and knowing that they are for-given.

We also need to reach out to those with hearts made of stone. For too long, some have shut up their hearts to God’s Word, the Holy Spirit and anyone who reaches out to them in love. They need to be introduced to the God who will break their rocky heart into a million pieces, and then put it back together redeemed and rebuilt for service in His Kingdom and the Harvest that is ready to be hauled in. In Salzburg, Austria, an engineer says that a heartbeat detector which he has invented will help find people buried by avalanche under as much as 65 feet of snow. It will be used in rescue work to save those who previously would never have been found.

Will we let God use us to draw all men to Himself? Will we go out and find those who have been buried by all the evil and sin in this world? Even if it seems as impossible as finding someone in an avalanche, will we follow the Holy Spirit and see God reach those whom we have written off as being as good as dead? Is our God still in the business of saving souls and reviving hearts? I believe He is, and I thank God that not everyone in this town believes He is confined to a box made up by manmade theology. I thank God for those who see the heart, mission and vision of Revive Blackwell.

I cannot wait to see what will happen when light shines into the darkness, and people believe in Jesus Christ for the forgiveness of sins and the revival of their hearts.