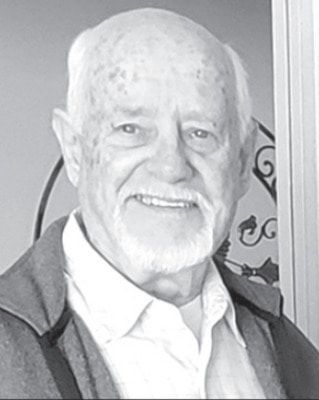 Neal “Dean” Sheppard, age 77, of Blackwell, Oklahoma passed away August 22nd,2021 at Kansas Medical Center, in Andover, Kansas. A Celebration of his Life will be held 11am on Saturday the 4th,2021 at First Assembly of God 4825 W White Avenue Blackwell, Oklahoma 74631 with Pastor Bill McKissick officiating.

The family welcomes all who knew Neal and/or the family to join them as they pay tribute to his life. Neal will be laid to rest at Fort Sill National Cemetery with Military Honors in a separate intimate family gathering.

Neal was born January 24th,1944 in Glendale, California to James and Elva (Wallingford) Sheppard. He and his beloved wife of 46 years Ruth, worked in Property Management together most of their marriage. She was truly one of his sweetest treasures. The love they shared could only be surpassed by their love for Jesus Christ.

Neal served his country proudly in the US Navy from 1964-1968 during the Vietnam War. He was on the Admiral’s Staff where he worked in The War Room plotting Attacks. He was recognized for performing at a level that far exceeded that of a 3rd Class Petty Officer.

He was awarded the Navy Achievement Metal for being instrumental in maintaining the entire enemy order of battle for use by the Task Group Commander. Survivors Include: Wife Ruth Sheppard of Blackwell, Oklahoma; Children Deana White of San Antonio, Texas, Shantay Terrill of Lake Havasu, Arizona, Randy Terrill of Newport, Oregon, Jennifer Garcia of San Antonio, Texas and Heather Castro of Blackwell, Oklahoma. Preceding Neal in death, is his oldest son Clark Wayne Sheppard.

Clark followed in his father’s footsteps serving in the US Navy from 1986-1990 at Alameda Naval Station in California. Following as well is granddaughter Jessalyn Garcia, currently serving at the US Navy Base in San Diego, California. Grandson Bradley Getchell served in the US Army from 2009-2014 at Fort Bragg and Fort Hood with a tour in Afghanistan.

Grandson Cory”Dean”Terrill served in US Army 2012-2016 with a tour in Korea and Turkey. Grandson Kevin Cormie is currently serving in US Army at Fort Bliss,Texas. Their service to their country was something that Neal held dear to his heart. Neal and Ruth have many grandchildren and great grandchildren together that they love to brag about every chance they get.

Neal never met a stranger. He made sure everyone knew how much he loved his beautiful wife, his country and the Lord. He really felt his purpose was to encourage anyone who crossed his path and to share the good news that Jesus loved them. We invite you to leave a message of condolence, expression of sympathy or perhaps share a memory of Neal at www.Troutblackwell.com.