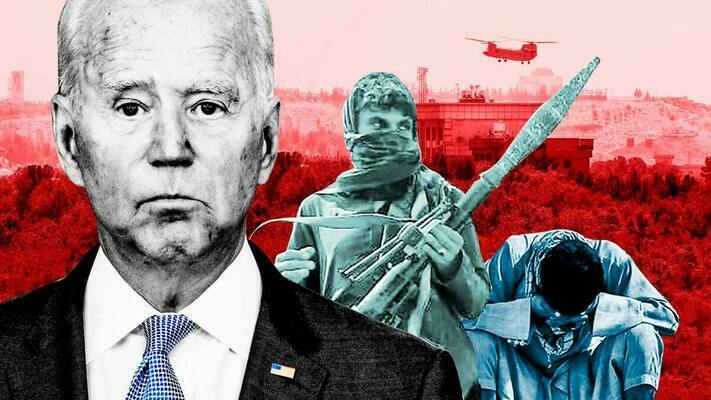 Inhofe, a ranking member of the Senate Armed Services Committee, joined Republican lawmakers from across the nation in speaking out against the military’s withdrawal after dozens of civilians and U.S. troops were killed Thursday in an attack on the airport in Kabul.

The bombing came four days before the withdrawal’s end Monday night, the final moment in a war that started almost 20 years ago. Military and coalition flights have evacuated more than 122,000 people from Afghanistan since Aug. 14, according to the White House.

Thirteen U.S. servicemembers and dozens of Afghans were killed in the airport attack by the Islamic State, according to military reports.

“U.S. servicemembers have officially completed the largest non-combatant evacuation in U.S. military history,” the White House said in a statement Monday night. “The women and men who completed this mission have ended America’s longest war.”

Since the evacuations started, Oklahoma’s Republican leaders have called on Biden to extend the withdrawal timeframe to permit additional evacuations.

“I call on President Biden to hold accountable those who are responsible for — as well as those who enabled — today’s murderous attack in Kabul,” Inhofe said after the Kabul attack. “President Biden alone made a strategic decision, and that decision led to the tragic events today. We must do everything we can to protect against the loss of even more innocent lives.”

Biden responded to the attack by offering his condolences to the families of the dead and saying the United States will track down those responsible.

“To those who carried out this attack, as well as anyone who wishes America harm, know this: We will not forgive. We will not forget. We will hunt you down and make you pay,” Biden said in remarks from the White House.

Sen. James Lankford, R-Okla., and Inhofe were among 16 senators who sent Biden a letter on Aug. 19 telling him to use “all means necessary” to evacuate people from the war-torn country.

“Biden initiated a withdrawal from Afghanistan that was focused on a date, not the safety of every American and our allies — which was a massive failure to the national security of our nation,” Lankford said.

Rep. Frank Lucas, R-Okla., said the situation in Kabul proves “the United States cannot and must not rely on the Taliban to keep Americans safe.”

“The hurried withdrawal from Afghanistan has tragically developed into a worsening security and humanitarian crisis,” Lucas said. “I remain extremely disappointed by President Biden’s decision to hastily withdrawal and his Administration’s assessment of implications following such withdrawal.”

Ten members of the Oklahoma House of Representatives who served in the military, including Rep. John Pfeiffer, R-Orlando, on Friday called on Congress to strip away some of Biden’s power over the withdrawal.

“[T]he situation in Afghanistan has deteriorated in a way that has resulted in the loss of lives of those who serve our nation and has put the lives of many others in great peril,” the lawmakers, who are members of the Legislative Veterans Caucus, said in a statement. “The president’s exit plan has been disastrous to date, resulting in the death of American warriors. Congress has the power to intervene when the Commander in Chief is unable to complete his duties in a way that protects American lives and the lives of our allies.”

On Saturday, military forces initiated a strike against ISIS-K in response to the Kabul airport attack.

“This strike was not the last,” Biden said after the strike. “We will continue to hunt down any person involved in that heinous attack and make them pay. Whenever anyone seeks to harm the United States or attack our troops, we will respond. That will never be in doubt.”

The withdrawal’s end comes less than two weeks before the 20th anniversary of the Sept. 11, 2001, terrorist attacks on the World Trade Center in New York that launched the United States into war.

Roughly 140 Oklahoma servicemembers have died in Afghanistan and Iraq since 2001, according to the Oklahoma Department of Veterans Affairs.

“The fall of Afghanistan rests squarely on the shoulders of our current Commander-in-Chief,” Lucas said. “The strategic missteps of President Biden further threaten U.S. national security, undoubtedly blight the credibility of our nation for generations to come, and all but ensure the influence of Russia and China in the region.”