School districts near Blackwell close in face of COVID-19 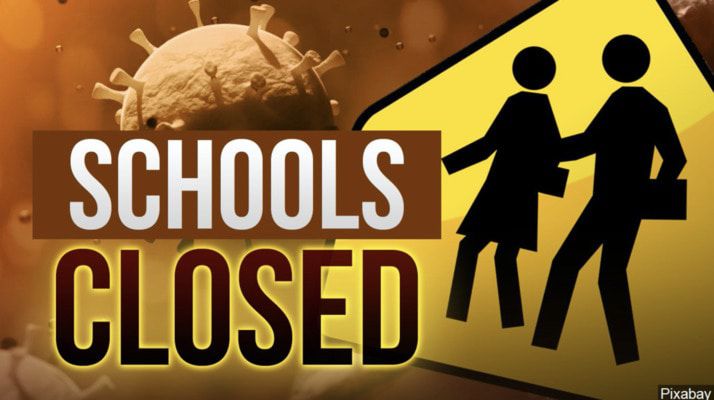 Two school districts near Blackwell have either closed or switched to distance learning in response to increasing numbers of active coronavirus cases among students and staff. Medford Public Schools in Grant County have switched to distance learning, and Wellington Public Schools in Sumner County, Kansas, have temporarily closed as students and staff have been forced to quarantine just weeks into the fall semester.

“This is a challenging time for our entire district,” Wellington Superintendent Adam Hatfield said Friday as he announced the district’s shutdown. “Everybody wants our kids in school. We are hoping it is only a minor setback.” The announcements come as the delta variant sweeps across parts of the United States where vaccination numbers are lagging and hospitalizations are on the rise.

More than 120 students were absent from Medford on Friday, school officials said. Not all students were gone for coronavirus-related reasons, but “the majority of them are Covid related,” Medford Superintendent Tyler Locke said.

The district has had 19 positive COVID-19 cases since the school year began Aug. 13, and seven tests were pending as of Friday. Numbers were even higher in the Wellington district, which had at least 40 positive cases, officials said.

“It is our hope that the temporary shutdown will allow the virus incubation period to run its course. In the meantime, we are reviewing policy and consulting with our medical staff in order to make sure we are doing all we can to reopen schools safely.” Medford and Wellington's officials plan to resume in-person instruction on Sept. 7. Blackwell Public Schools officials on Friday again asked parents to monitor the health of their children and keep sick children home.

On Monday, the district announced that safety restrictions would be in place during the annual Homecoming celebration on Oct. 8.

ACTIVE CASES ON THE RISE

Kay County has more than 200 active coronavirus cases, health officials reported Monday. Data from the Oklahoma State Department of Health on Monday showed that Kay County had 5,949 cases of the virus, 212 of which are active. Officials said 5,605 Kay County residents have recovered from the virus, and 132 have died from it. State officials report that there have been 4,298 cases of the virus in Ponca City since the pandemic began. Eighty-six people there have died, and 4,064 have recovered.

Three were occupied by patients with COVID-19, while one was not. The state health department reports that the state has had 530,594 cases of the virus. Of those cases, 23,492 are active. Statewide, 7,812 people have died from the virus.

Free masks given out in Kay County: Blackwell, ...