Q&A over school bond vote to be held Thursday 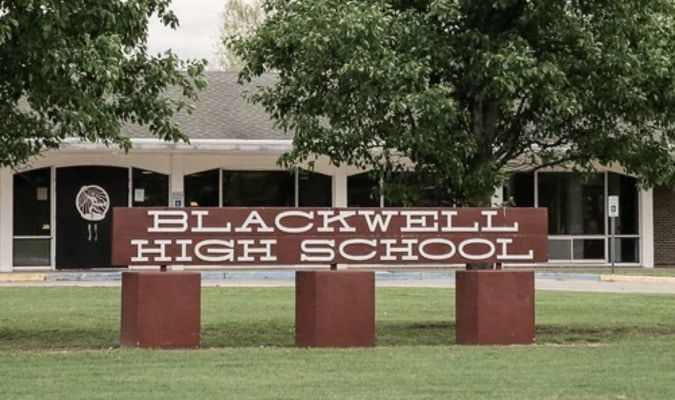 While the subject of the upcoming school bond election in November for the proposed modernization of Blackwell High School has been hotly debated across online forums, a public meeting is scheduled for Thursday in the BHS Study Center to discuss any questions or concerns that members of the public may have about the bond issue.

“Anyone who wants to learn more about the bond proposal or has questions should attend,” Shawn Haskins, the district superintendent, said.

The proposal is a $23-million-project that will bring fire-suppression systems into the high school, handicap-accessible ramps throughout the campus, new heating and cooling units and several other changes.

The auditorium, built in 1968, will have new lighting, seating, doors, sound equipment and more. The band and choir rooms, also built in ‘68, will receive new flooring, handicap-accessible features, instrument storage and more.

The practice gym, built in 1968, will receive a new entry canopy, heating system improvements and a new sidewalk.

The football facilities, built in the early 1950s, will receive a slew of improvements, including new seating, handicap accessibility, a new press box and an entirely new handicap-accessible building that will include concession stands, restrooms and football locker rooms.

The wood shop and agricultural science building will receive new flooring and ceilings. The building was built in 1970.