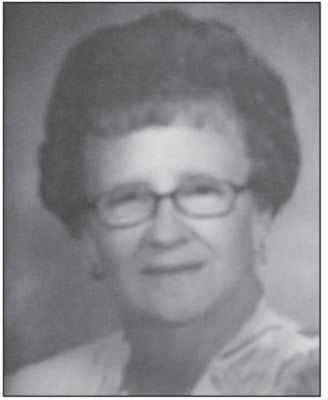 Colene Marie Combs Vannoy , was born in Enid, Oklahoma on Feb. 3 , 1929. She was the 2nd child born to Arthur Bailey & Irene May (Whitaker) Combs .

After the birth of her baby brother , the Combs family moved to a farm in Deer Creek , OK. Colene and her siblings grew up on the farm , and attended schools in the area. In Colene’s teen years , she would meet the man , who would become the love of her life , LeRoy Vannoy . At the age of 18 and 17 , they eloped to Bentonville , AR. Before a “justice of the peace” , in a hotel room , witnessed by a housekeeper and janitor, they were married, on July 10, 1947 .

Colene and LeRoy made there home in the Deer Creek, OK area. Four sons were born to them , sadly their second son passed shortly after birth. In the 1950’s they moved their family to Burbank, California. There Colene raised her sons, and worked various jobs such as waitressing at “Bob’s Big Boy” restaurant ,being a bus driver , and volunteering . After their sons were grown , Colene and LeRoy moved to Palm Springs, CA. They enjoyed and partook in many activities in their community, such as costume contest, dinners, participating in plays, and many charity events.

Colene and LeRoy loved to “square dance’, travelling , and camping. In their golden years they made the move from Palm Springs to Tucson, AZ. In their new community they again enjoyed group activities , relaxing in each other’s company , and attending church. Sadly their great love story ended after 71 years of marriage , when LeRoy passed on 16 Dec 2018 , at age 89. With Colene’s health as a concern , she moved again to Salina, OK , to be closer to family.

No service plans are available at this time. She will be interred with her husband , in Tucson, AZ at a later date.