Ride to the Red River Rivalry on the Amtrak rails! 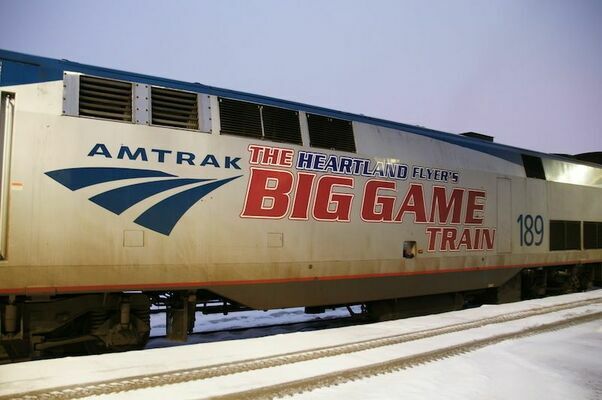 Don’t let the fear of traffic congestion derail your plans of watching the Red River Rivalry in-person. Football fans wanting to attend the Oct. 9 battle between the University of Oklahoma and the University of Texas can travel to and from the game on Amtrak’s Heartland Flyer, a passenger train connecting Oklahoma City and north Texas, for a reduced price.

That day, though, the Flyer will have another name: the Big Game Train.

“The Heartland Flyer will again meet the needs of football fans traveling south for the annual Red River Rivalry game between the University of Oklahoma and the University of Texas,” officials with the Oklahoma Department of Transportation said Sept. 7. “Amtrak and Oklahoma Transportation are offering a special fare for football and Texas State Fair fans seeking a less expensive and more relaxing way to get there.”

The Big Game Train tradition dates back years. In the past, the locomotive pulling the train has been blazoned with the words “Big Game Train” in red letters.