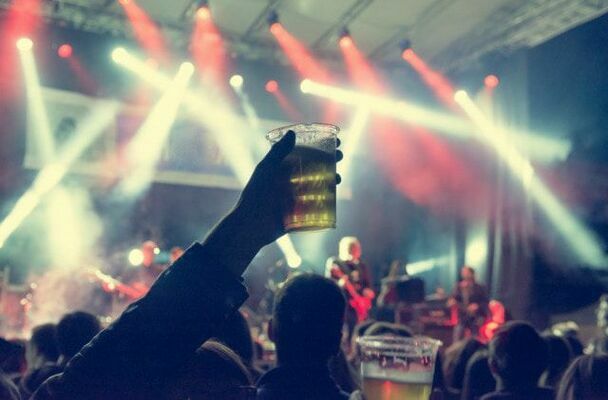 It was announced earlier this month on the Top of OK Jamboree’s Facebook page that Johnny D’s, a local bar, will sponsor beer tents at the event, which will be at Morgan Field. Bud Light, Coors Light, Michelob Ultra, Miller Lite and White Claw will be sold. Patrons must present a valid ID to receive a drink wristband. This announcement comes a few years after Blackwell citizens were up in arms online about a beer garden at the Kay County Free Fair.

The beer garden was hosted by the Chamber of Commerce for two years before it was phased out. Comments at the time ranged from suspicious – “Those that choose to drink will be taken in for public intox” – to scathing: “So disappointed that this has been approved.” The inclusion of the event was so controversial that the Immanuel Baptist Church even opted to withhold its annual booth at the fair, citing the beer garden as a reason why.

But as Chief of Police Dewayne Wood told The Journal-Tribune just after the fair in 2017, no alcohol-related problems occurred.

“I think the inclusion of the beer garden had absolutely no bearing on the fair whatsoever,” Wood said. “People who had gone to the garden were drinking socially and responsibly.”

“We are working with a host of vendors who will have multiple tent areas setup throughout the concert venue, offering a wide variety of beverages, including beer and hard seltzers,” Bringham said.

“There is no designated alcohol consumption area, as it is an open standing view to stage throughout the venue. However, you must be 21 or older to buy and consume alcoholic beverages.” He also added:

“We will have an area set up providing wristbands for concert-goers who choose to purchase alcohol. They must provide a valid ID. All local and state laws will be strictly enforced. Top of Oklahoma Jamboree is an absolutely ZERO-tolerance event. We are working directly with the Blackwell Police Department, which is coordinating with surrounding agencies as well as private security, to ensure this event is not only safe, but enjoyable for all ages.”

The event will include several food trucks as well as a pop-up market place.