Bucs buck Maroons to third loss in a row 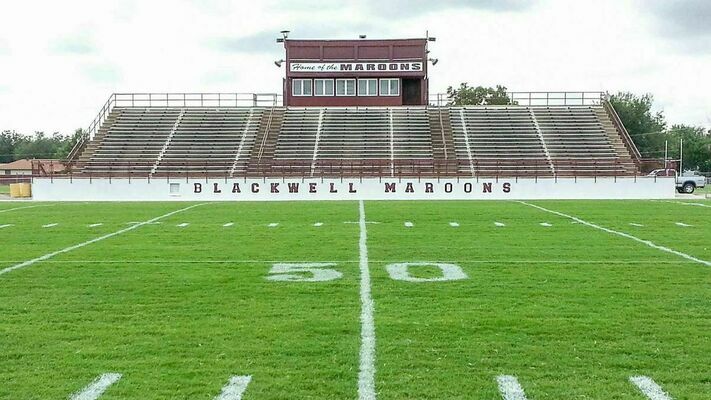 The Blackwell Maroons football team lost their third game of the year to Kay County rival Tonkawa 32-6 on Sept. 17 to finish their non-district portion of their schedule.

The Maroons host winless Luther (0-3) this Friday night in the district opener. Game time is 7 p.m.

Freshman Kruz Goff scored the only touchdown for the Maroons last week on a 40-yard run. Goff had 120 yards rushing in the game. The Maroons had three other touchdowns called back because of penalties. The game was close at halftime with the Bucs leading 13-6 before three second half scores sealed the game for the visitors.

“We are progressing forward. We need to play a whole game and quit self-inflicting ourselves with errors and make the plays,” said Maroons Head Coach Brent Parker.