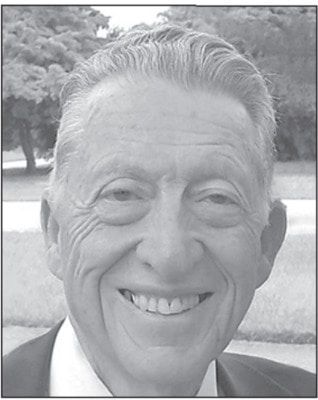 He retired from teaching as a university professor and educational consultant in 2004 and moved to Blackwell, Oklahoma, from Hollywood, Florida. Everyday, he would tell his wife how much he loved their life in Blackwell, and about the wonderful friends he had made here. Funeral services will be held at 10 a.m. on Friday, September 17, 2021 at The Church of Jesus Christ of Latter-day Saints with Branch President Richard Donaldson presiding.

A closed casket burial and dedication of the grave will be held in the Mt. Olive Cemetery in Nardin, Oklahoma Friday following the services. Survivors include his wife, Mary Hoopes (Latchaw), and two children, Evie Hoopes of Sunrise, Florida, and a son, Timothy, his wife Erika, and three children; Jackson, Rylie, and Olivia; and three younger brothers Grover Ronald Hoopes (Carol Cundick Hoopes) of Ogden, Utah; Richard George Hoopes (Phyllis) of Bristol, Tennessee, and Phillip Carl Hoopes (Marilyn Lott Hoopes) of Sandy Utah. He is preceded in death by his parents, Preston and Norma Hoopes. We invite you to leave a message of condolence, expression of sympathy or perhaps share a memory of Paul at www.troutblackwell.com. Arrangements are under the direction of Trout Funeral Home of Blackwell, 301 W Blackwell Ave, Blackwell, OK 74631.

Review: HALLOWEEN KILLS is a bizarre ode to blo...