13 terrifying films to make your October the scariest yet 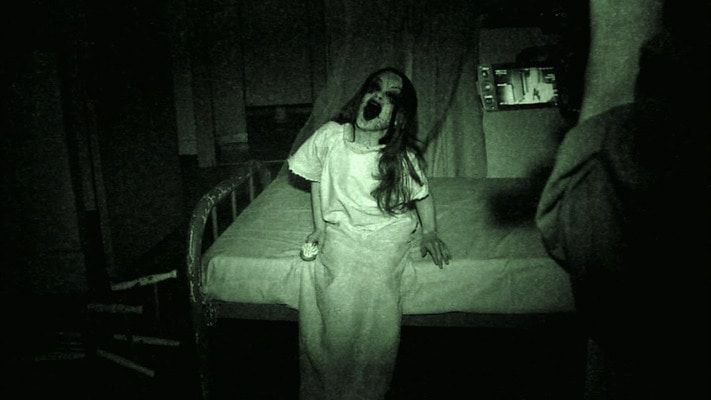 October begins this Friday, and what better time than to compile some of the most hair-raising, bone-chilling, and blood-curdling films you should watch for this splendorous month of spooks?

For the anthology lover- those that love films that compile a bunch of tenuously connected stories- this is probably the best time to be alive.

TRICK R TEAT, Michael Dougherty’s 2007 Halloween collection, has received a cult following in recent years thanks to the cute (and cantankerous) protagonist Sam. This horror-comedy is set on Halloween night in a quiet midwestern town and involves zombified children, werewolves, a murderous school principal, and more “Oh hey!” character actors than you can shake a stick at. This is one of my personal favorites.

The V/H/S Saga, beginning with 2012’s V/H/S, is a three (soon to be four) horror anthology series that follows a mysterious and terrifying collection of VHS tapes that are found in various locations (usually police raids on murder-houses) and examined, allowing the audience to dig into bite-sized stories ranging from Taiwanese cults to inter-dimensional travel to a group of skateboarding teens to beat the hell out of occult demons at an Los Angeles skate park. Each segment is directed by a different director and acts as a taste-tester for their respective works outside the franchise. These range from absolutely frightening to laughable and fun. There’s something here for every horror fan.

THE MORTUARY COLLECTION is the newest addition to this catalog, premiering last year on the aforementioned Shudder service (the must-own for any horror fan). This anthology film is a spooky delight, taking place in an idyllic yet mystifying coastal town called Raven’s End and follows a mortuary owner played with scene-chewing gravitas from Clancy Brown who tells a hopeful replacement about all the bizarre and horrific things he’s encountered during his job. It is absolutely one to watch, and streaming on Shudder.

With the impending release of HALLOWEEN KILLS, the sequel to 2018’s HALLOWEEN, the audience will once again be rooting for Jamie Lee Curtis’ Laurie Strode against the lumbering Michael Myers. The sequel lands October 16 in theaters and on Peacock+. Those who love slashers should be sure to check out the original John Carpenter HALLOWEEN and Rob Zombie’s 2007 remake. Of course this is where you should include your Freddys, Jasons, and Texas Chainsaws.

More straight-forward creeper features include 2018’s SUMMER OF 84 that might start off like “Stranger Things” meets DISTURBIA but has one of the most chilling endings I’ve ever seen in my life. Another highly recommended horror film is, for me, the 2007 remake of THE HILLS HAVE EYES. One of my favorite horror films ever made.

THE EMPTY MAN might sound corny, but this horror-mystery will have you on edge right until the final jaw-dropping twist as a detective attempts to track down a missing girl after a series of bizarre and brutal teen suicides that follow when they play an urban legend game to summon "The Empty Man".

A throwback classic (that I just saw for the first time), 2001's THIRTEEN GHOSTS is an imaginative horror odyssey that has some fantastic practical effects and cheesy, but convincing, storyline that honors the classic original film. Also, Matthew Lillard. Need I say more? The film's "Black Zodiac" is wildly cool, and the set-design is off-the-charts 2000's era excellent.

Less scary more funny is last year's FREAKY is a body-swap slasher that stars Vince Vaughn as a lumbering psycho who, thanks to a secret curse, gets his soul trapped in a high school girl's body while she swaps into his and has to convince her friends which is which before they're stuck inhabiting each other forever.

The found-footage aficionados have a whole slew of gems to uncover this month as well besides the typical BLAIR WITCH PROJECT and PARANORMAL ACTIVITY franchises.

Hidden gems in the genre include one of my favorite horror films of all time, 2011’s GRAVE ENCOUNTERS (Free on Amazon Prime or IMDB TV) a film that starts off as a parody of the Travel Channel’s “Ghost Adventures” before becoming an absolutely nerve-wracking nightmare that I watched through my fingers.

Another streamer, 2015’s HELL HOUSE LLC, can be found on Shudder and is absolutely genius. It involves a traveling scare-house that sets up in a haunted hotel for the season for a “haunted house” experience that soon becomes demonic and disturbing.

Lastly is THE CLEANSING HOUR, a brilliant and, at time genius, religious horror film on Shudder that follows an internet celebrity that live-streams (staged) exorcisms until he and his crew accidentally find themselves- and their millions of viewers- at the mercy of a real demon. Blood, gore, and personal traumas bring themselves to light in this 2019 terror.

Did I miss anything? Let me know.