In a tech-dependent world, who's raising children to be kind? 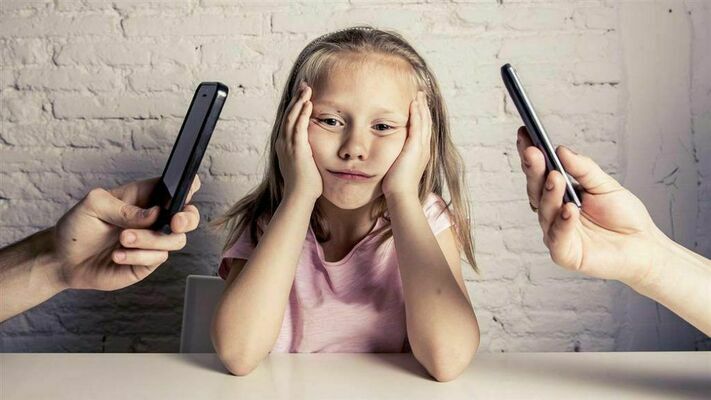 As I stood in the checkout line at Walmart on Sunday night, I heard two phrases that seem to be less and less common these days:

“please” and “thank you.” They weren’t spoken by an adult. Instead, two young children used those words when talking to the cashier while their mother paid for groceries.

The cashier was quick to compliment the mother on raising two polite children. The exchange reminded me of several conversations I’ve had with parents and grandparents in the last few years. They all sound like this: “Children these days are so rude, and they don’t know how to talk to other people.

What happened to basic decency?” They have a valid point. People my age and younger could be a lot nicer to others. But the behavior of young people is influenced by the adults who raised them. So, where does the blame lie when children fail to mind their manners?

I’ve heard a number of arguments about how parents fail to be good parents anymore. They’re too caught up in their own self-interests to spend quality time with their children.

Those fun, little moments playing with Mom and Dad are gone, some say. The absence of teachable moments is the greatest loss. When children are disrespectful in public, parents should correct them. (Mine always did.) But when parents don’t care – or they aren’t there – a problem begins to grow.

This brings up another point: the distractions that impede relationships between children and their parents.

I was fortunate enough to live out most of my youth before technology infiltrated our daily lives. Cell phones were still novelties in the early part of my childhood. Even after they became a fixture in American society, they weren’t the all-encompassing smartphones we have today.

These advancements in technology have left our society “terminally online,” to quote my good friend and fellow newspaper editor, Cade Kennedy.

He’s exactly right. In my opinion, children are too busy playing on their phones to learn from their parents – and more and more parents seem to be just fine being fixated on phones of their own.

Where does that technological diatribe fit in with my original point about exchanging niceties? Squarely in the middle.

As our culture embraces (or, more accurately, becomes entirely dependent upon) technology, we’re losing the human interactions that help us become who we are and develop lasting friendships. While somewhat necessary during the pandemic, virtual, text-based interactions have risen dramatically – and they’re not going away anytime soon. In my opinion, tech-based and text-based communication is less personal than in-person communication.

This is my opinion only, and while any form of communication is only as meaningful as one makes it, one can only go so far to make a lasting connection when body language is absent.

When handshakes are out of the picture. When hugs are a thing of the past. And when we can’t make those meaningful connections, why worry about words like “please” and “thank you?” There’s no need to thank a keyboard or a computer screen.

That’s partly why so many people my age think other facets of etiquette – such as holding open doors for people, standing when our elders enter the room and addressing people with “Sir” and “Ma’am” – are silly. They’ve been out of practice for so long that they’re brushed off as jaded and outdated.

What a sad commentary on our times. Technology bears some of the blame for our decadence, but parents ultimately are at fault when their children are reared to act entitled and poorly mannered.

Children need good influences, and it’s not a public school teacher’s job to teach children how to be good human beings. That starts at home. More and more, it seems as if that isn’t happening.

So, whose fault is it when children aren’t kind? Parents have a duty to train their children up in the way in which they are supposed to go.

But I rarely hear adults thank people and use basic niceties in public anymore. If they’re not being polite when other people are watching, they’re not being polite when only their children are watching. That’s where it counts the most. Yes, we do need more well-mannered, polite children in the world. But that starts with well-meaning, prudent parents.

I know a lot of parents who could learn a lesson or two from those kids at the checkout counter – and their mother, who presumably taught them to say