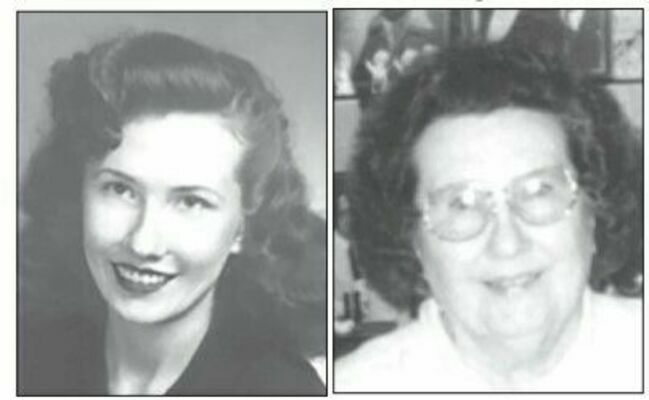 Edith Marie Mowdy, formerly from Blackwell, Oklahoma, passed away September 22, 2021, in Hugo, Colorado. Edith was born on January 28, 1924, to Dessie and William Corbett Coleman. She grew up in Alabama and then moved to Oklahoma. She married Troy Mowdy on October 7, 1942, and they settled in 1942. Edith and Troy moved for a time to Whittier, California, then when Troy was deployed during World War II, Edith moved with her infant son to Dodge City, Kansas to live with Troy’s family.

After a few moves in Oklahoma, Missouri, and Kansas, in 1960 they returned to Blackwell, OK, now with 3 sons. Edith was proud of her role as a mother as well as her service in the nutrition department at Blackwell Public Schools. A few years after her husband passed, she moved to Colorado Springs to live with her son, Keith. She spent her last 2 years in Limon, Colorado at a nursing home near her sister-in-law, Nadine.

She was preceded in death by her parents; her sister, Elva; her husband Troy Mowdy; her sons Jimmy Dean Mowdy and William Keith Mowdy. She is survived by her son, Troy Lee Mowdy, Jr.; her sister-in-law Nadine Kissel; her granddaughters, Rebecka Mowdy Evans and Daniell Mowdy, along with many other grandchildren (11) and great grandchildren (16) and great grandchildren. Graveside services will be held at 1:00 p.m. on Friday, October 1, 2021, in the outdoor chapel at Blackwell Cemetery. On-line condolences can be made at www.robertsandsonfh.com.