Who needs newspapers anymore? We all do. Find out why. 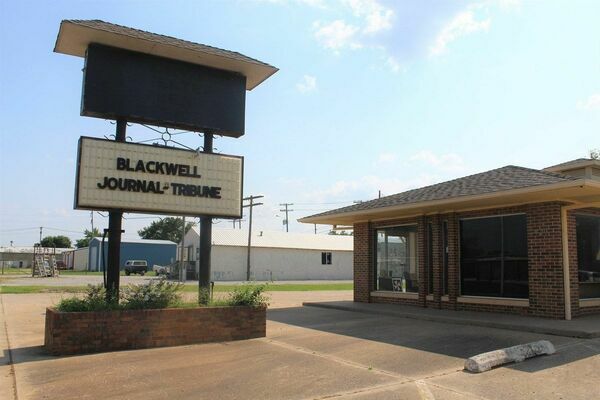 I’m a newspaperman, so I’m used to asking people questions. But sometimes, people turn the questions around on me. Here’s one I’ve been asked a lot: Who needs newspapers anymore?

When I hear this question, I smile. Because when I respond, I get to make a case for one of the most important pieces of our social fabric: the printed word, a platform to discuss problems, explore solutions, highlight achievement and expose wrongdoing.

This week is National Newspaper Week, a time when news folks like me try to persuade people like you to support our work.

This task has gotten tougher in the last few years. Trust in news outlets is at an all-time low – and “fake news” is on the rise.

Yes, you read that right. A member of “the media” – a weak and inappropriate generalization, but a popular term nevertheless – just told you that fake news is a real problem.

But you won’t find fake news in a newspaper. Instead, you’ll find it on social media. Many of us are aware that social media is contributing to great division in our country. People of different political views, ideologies and heritages are increasingly polarized. In large part, that’s because what we see on social media enrages us and preys on our most depraved emotions.

The posts that come across our Facebook, Twitter and Instagram feeds aren’t there by chance. They’re dictated by algorithms, which are computerized codes designed to give us content that will elicit strong reactions from us. When you react to a post – whether you click “like” or use the “angry” emoticon – you’ll be fed more posts that are in line with the response you gave.

It’s all about making money. The more posts we see, the more advertisements we’ll click on. Big Tech rakes in the dough. So, if you’re leaving angry comments on every post you read about Republicans or Democrats, expect to get more posts that’ll make you even angrier.

This leads to confirmation bias, which makes us believe that everything we think is right – and anyone who thinks differently is wrong. What’s the solution? Getting your news from a source of information that’s fair, balanced and not controlled by computer algorithms: the newspaper.

Unlike social media, newspapers aim to offer two sides (or more) to every story. The values of fairness and balance in newspaper stories, whether political or not, are central to the work of journalists. Sure, some of our stories are bound to make you mad. The truth hurts. But we don’t write in an attempt to make people feel any particular emotion. Our sole goal is to make your life better by arming you with knowledge – something lacking in our society.

We want to help you make informed decisions. We are not, however, trying to make your decisions for you. We believe in freedom of thought and expression. We endeavor to help you exercise those rights. Journalists, unlike social media users (especially those “crazy uncles” we all hear about), are ethically obligated to tell the truth. Yes, some journalists throughout history have fabricated and embellished stories, but the truth is eventually revealed – and these scoundrels are dealt with.

We journalists strive to be accurate in all we write, photograph and otherwise communicate. At the same time, we’re humans, and we make mistakes. But we do our best to avoid them, and we correct them when we learn of them. And newspapers, unlike social media, aren’t controlled by computer magic.

The stories you see in these pages are created and placed there by human beings – human beings who genuinely love their jobs and believe they have a calling to help other people. I know I do. After all, we don’t work for the money. To some folks, print media may seem like yesterday’s news.

But the stories you read in the newspaper are written with care. They’re told with integrity. They’re crafted after hours and hours of interviewing, researching and fact-checking. And they’re published with one thing in mind: helping you, the reader. You may follow a lot of people on social media. Today, try following the leader: your local newspaper. Who needs newspapers anymore? All of us do.