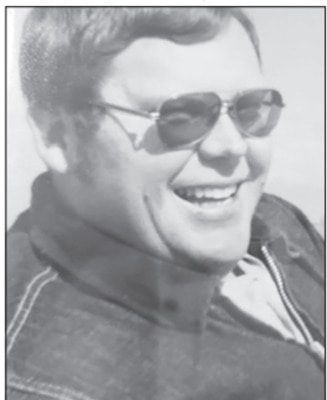 Bobby Eugene Arnold, 71, passed away in Wichita, KS on September 29, 2021. He was born May 22, 1950 in Blackwell, OK to Merle and Joan (Anderson) Arnold. He grew up in the Braman area and graduated from Braman High School in 1969. He enjoyed playing football, throwing shot-put and discus, racing cars, and generally causing trouble with many of his lifelong friends.

He attended Oklahoma State Tech and obtained a degree in Auto Mechanics. He started his career at Dean Bailey Oldsmobile in Tulsa. He then joined his friend, James Grace, and became a Custom Harvester across the Midwestern US. He also continued to work as a mechanic & also served as a volunteer firefighter in Braman. Bob later worked at Prairie Land Partners John Deere and was incredibly proud to be recruited to their team.

Bob met his wife, Sandy, in Oakley, Kansas while cutting wheat in the summer of 1976. Sandy was working at a John Deere parts counter and they hit it off pretty quickly, no doubt helped by his souped up red Chevy Pickup.

They were married on December 18th of the same year. Born to their marriage were their children Kira, Bonnie, Sara, & Levi. As Bob became a grandpa, he was lovingly known as “Bob-Bob” by both his grandchildren and other children in his church family. Bob & Sandy were married for 43 years until her death on September 25, 2019.

He has missed her every day since she passed. Bob had many loves in his life - his wife, children and grandchildren, extended natural & church family, John Deere combines, GMC trucks, fast cars, fishing, hunting, and his many dear friends.

His biggest love was no doubt his Savior, and if you were around Bob very long, you would likely be hearing about his faith whether you wanted to or not. He wasn’t perfect, but he tried every day to be a better person and to live his faith.

He struggled with his eyesight and his health the last year of his life, but he spent much time pouring over the scriptures. The first thing he usually asked for when in the hospital was his Bible to be brought up to him. Bob loved the people of God and it was not unusual to find him working on a broken down church bus, fixing a traveling minister’s car, or buying someone a new set of tires for their old mobile home or van.

He had many friends and church family across the US after almost 30 years of custom cutting. He gave faithfully to the church, even when he didn’t have much. He was a hard worker and never backed down from a challenge (even when he probably should have). Bob comes from a long line of Oklahomans, and is a testament to the tenacity of those who came before him. He was preceded in death by his parents, Merle & Joan, his stillborn baby sister Nancy, and his wife Sandy. His best friend and partner in business, Robert Branum, also preceded him and is incredibly missed.

He is survived by his brother Tommy (Debbie) Arnold. His children Kira (Stuart) Bruce, Bonnie (Josh) McReynolds, Sara Arnold, & Levi Arnold. His grandchildren, Natalie, Ariana, & Delaney Bruce, Reagan, Kennedy, & Levi McReynolds, and two precious foster granddaughters whose names cannot be shared but whom he loved as his own. Also surviving are his brother-in-law Greg (Giusy) Colton, and his nieces Krista (Chris) Arnold Hatfield, Deidre (Ryan) Arnold Bennett, and nephew Ken Colton. He has a myriad of aunts, uncles and cousins who are dearly loved and who loved him as well.

There will be a Facebook Live video for those who are unable to attend. Memorials have been established at the following: Gospel Assembly Benevolent Fund, 4230 N Oliver, Wichita Ks 67220, -or- Top of Oklahoma Museum, 303 S Main St., Blackwell, OK 74631.

His family would like to thank Serenity Home Health, Comfort Keepers, Harry Hynes Inpatient Hospice and his entire medical team across Wichita. A special thanks to his personal care attendant, Alana, who provided him care and friendship and helped make his time at home possible.