Review: NO TIME TO DIE sends off Craig in uneven style 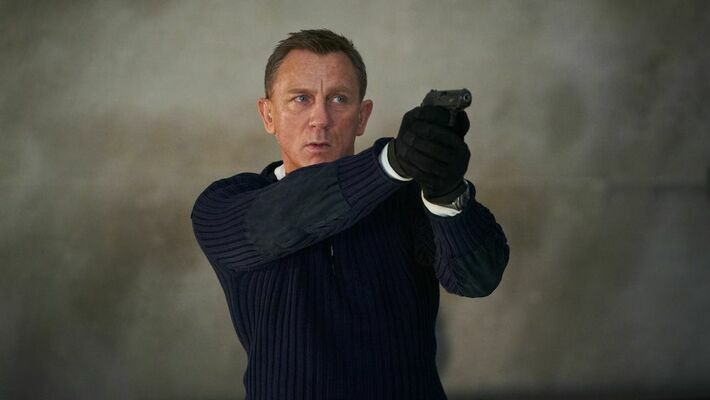 “Life is all about leaving something behind.”

Daniel Craig’s James Bond completed his final mission this weekend with the long-awaited release of NO TIME TO DIE, the 5th film since 2006’s CASINO ROYALE introduced us to (gasp) a blonde James Bond and his seductively more “gritty” and brooding take on the super-spy character created by Ian Flemming and made famous by Sean Connery in the campy Cold War sixties.

This entry picks up shortly after the events of 2015’s SPECTRE where James Bond has run off with his new found love Madeline (Lea Seydoux) until trouble quickly finds them in Matera, Italy, where Bond has gone to pay his final respects to his first love, Vesper. Thinking that Madeline sold him out to Spectre assassins, he parts ways with her.

Now, Bond must secure this potentially world-ending viral weapon with the help of his past allies to ensure that we all have a future. Failure isn’t an option, especially in a race against the clock when there’s...No Time To Die.

Directed by Cary Joji Fukunaga, who helmed the first season of HBO’s “True Detective”, NO TIME TO DIE is a globe-trotting adventure that acts as a farewell to James Bond and all of the characters we’ve come to known over the course of his films. The good news is that this nearly 3-hour spectacle is a great film, but the bad news is that Daniel Craig’s Bond deserved a much more sinister foil and, perhaps, a better script.

My favorite bond film is 2008’s critically panned QUANTUM OF SOLACE for the dark exploration of Bond’s trauma and his guilt over the loss of Vesper in CASINO ROYALE.

While there were many complaints levied against Craig’s sophomore outing, most being attributed to the fact the film was made on-the-fly during the 2007-8 Writers Strike that effectively shut down all of Hollywood (in a much different way than 2020’s pandemic) one of the biggest ones came down to the film’s antagonist Dominic Greene (Mathieu Amalric) who was an eco-terrorist working for the shadowy organization called Quantum.

Greene was not physically imposing but he was a sadistic, beady, murderer who subverted the audience’s expectations when it was revealed that he was not looking to destabilize developed countries by holding their oil for ransom but something more valuable...water. In a time where gas shortages and the sky-rocketing prices at the pumps were headline-grabbing points of interest, QUANTUM OF SOLACE made us look at what was really the most important natural resource- water.

In NO TIME TO DIE, the antagonist is Lyutsifer Safin, played by Rami Malek. Safin wants the Heracles Project for his own agenda. The problem is that we never know what that is. Safin’s motif seems to be dangerous and poisonous plants, which something cool surely could have been done with. Unfortunately, Safin is never given a clear motivation (outside his own obsession over Bond’s girlfriend) and, thus, the audience never really has a reason to hate him or to want Bond to beat him outside the obvious. It’s a shame that an actor like Malik, who really gave a great performance here, wasn’t given anything else to go off of.

Newcomers include Ana de Armas as Paloma, a fiesty and bubbly CIA operative that Bond befriends on a quick and exciting action-filled mission in Cuba. This brief bit is one of the film’s highlights, and Armas exudes charm and innocence in the role.

Lashana Lynch, the 00 operative who takes Bond’s 007 number in the wake of his retirement, is ferociously sexy and has fantastic banter with Bond. I loved her and Craig working together through the film, and their friendship is a fantastic addition to the movie.

We get to visit the foggy forests of Norway as well as Safn’s Soviet-era military island which, the latter, is just completely awesome to behold. The gadgets are here, the action is here, and the cars of course are here as well. It speaks to Craig that even pushing 50 he still seems a natural in doing all the fisticuffs and car chases as fresh as he was almost 20 years ago.

To go further into detail on a lot of these points would be to dip a bit far into spoilers, but fans of the series will need to bring tissues at a few parts for sure. NO TIME TO DIE is, ultimately, a film about legacy and about forgiving the past to move onto the future.

This is best surmised when Lynch’s Nomi and Bond end their running-spat over who the “007” designation belongs to when Nomi concedes to giving Bond the iconic triple-digit title during the final siege on Safin’s island, to which she says “it’s just a number.”

Just as Connery gave way to George Lazenby, Lazenby to Roger Moore, Moore to Timothy Dalton, Dalton to Pierce Brosnan, and Brosnan to Daniel Craig, Craig will give-way to another fresh-faced and suave operator who will galavant around the globe with the guns, cars, and women we’ve come to expect on adventures that will hopefully continue to surprise and inspire us.

And, at the very end of the credits, the words...JAMES BOND WILL RETURN assure us that while this dramatic, emotional, and thrilling saga of Daniel Craig might be over, there will always be a James Bond.