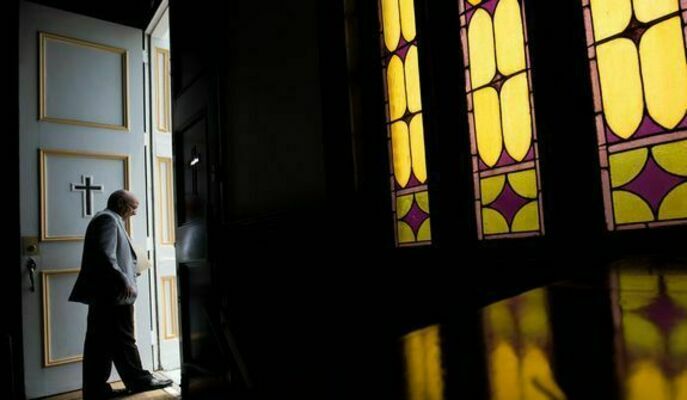 A good pastor doesn’t tell you to believe in Jesus. A good pastor can help you love Jesus and hate religion. To some of you, that statement seems paradoxical. Impractical. Unbelievable. A pastor who isn’t religious? Surely not. But listen, oh ye of little faith.

Sunday was Pastor Appreciation Day, a time to recognize the folks who dedicate their lives to sharing the word of God. I know a few clergymen who stand out as paragons of what a good pastor is. My grandpa, Jimmy Dean, is one.

Sunday afternoon, I was talking with him over the phone about the message I’d heard at church that morning. He retired from the ministry about 10 years ago. It doesn’t seem like that long, partly because he’s never stopped sharing the word of the Lord. Just as He did that day. We started talking about how we live out our faith as Christians.

I’ll never forget what he said to me: “I don’t want to have a religious bone in my body.”

What my grandpa was saying is that, rather than cleaving to religion, Christians must cleave to their faith. So, what’s the difference? Religion is a set of beliefs by which people abide (or say they abide). For Christians, those beliefs are spelled out in the Bible.

Our religion tells us that God created Heaven and Earth, and that He sent His one and only begotten son, Jesus, to die on the cross for our sins. His death gave us eternal life, and He rose from the grave and will come again.

Religious people go to church every Sunday, and they’re sure to tell you that they go – and that you’re a heathen for not going. They can quote scriptures fluently, and they take pride in being more knowledgeable about scriptures than other people.

Worst of all, they’re quick to judge people who don’t go to church and don’t know the Bible. That’s a big reason why so many people don’t like the idea of going to church or being around Christians.

My grandpa has done just that. For years, he preached in the western Oklahoma town of Sayre, which sits on Interstate 40. That was a perfect place for a ministry. It allowed the church to live out one of God’s most important commandments: giving unto others.

Countless are the times he and his church have helped wayward travelers who need car repairs or a place to sleep. He has given his own money to buy food for others.

Religious people, on the other hand, may have put some money in the offering plate and prayed for a person.

But rarely have they given of their time to go out and work among the poor and needy. Sayre also has a large prison, and one of my grandpa’s most meaningful devotions was to the prison ministry.

He’d talk with inmates and counsel them in the hopes that they’d turn their lives around. It wasn’t easy work, for obvious reasons.

Many religious people would walk away from prisoners and quickly castigate them for their past actions. And they’d cite all of the scriptures in the Bible that point out the wrong the inmates have done. But faithful people forgive folks for their past and try to love them like Jesus would – the most important commandment of all.

Religious people may say they know and love Jesus. But without faith, they don’t really know Him, nor do they really love Him – or love like Him.

Faithful folks aren’t churchy. Yes, they go, but they don’t brag about it. That’s because faithful people just live like Jesus wants them to. They don’t have to say they’re Christians for people to know they’re Christians. Faithful people may not be the most well-versed when it comes to Bible verses, but they have more of God’s love than any religious person could ever dream of having.

Have you ever heard someone say that they’re about to lose their religion over something?

Good. Lose the religion, and keep the faith. That’s what Jesus wants. And that’s what my grandpa, a great pastor, taught me. Say thanks to your faithful, unreligious pastors today.