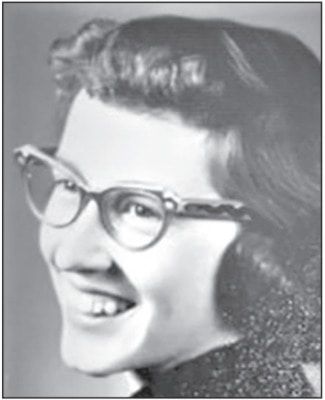 Linda (Yunker) Brand of Braman, Oklahoma passed away the morning of October 14, 2021, surrounded by family, at her home at the age of 82 years. Linda Lu was born on May 30, 1939, at Riverside Hospital in Blackwell, Oklahoma the daughter of Robert Aloysius Yunker and Martha Vaughn (Craig)Yunker. Linda was raised on a farm North of Braman and attended Pleasant Hill Grade School through 8th grade, then graduated from Braman High School in 1957.

During her school years Linda was a member of 4-H and Future Homemakers of America. She loved to cook and sew, and growing up, put those skills to use preparing food and garment entries for the county fair as well as other 4-H events.

She thoroughly enjoyed 4-H and her home economics classes and often talked about all that she learned. Linda also participated in high school choir and was an accomplished musician. She began taking piano and accordion lessons at an early age from Mrs. Lucille Donnelly.

Linda dreamed of being a teacher from the time she was six years old. She told her daughters that she was always “the teacher” when she played school with her siblings and friends growing up.

To accomplish this dream she attended Northern Oklahoma College and went on to earn her bachelor’s degree in Elementary Education in 1961 from Oklahoma State University where she was a member of Delta Zeta Sorority. She later continued her education, earning a master’s degree in Special Education in 1979 from Oklahoma State University. Linda started her teaching career with a year in Albuquerque, New Mexico where she shared an apartment with three of her Sorority Sisters.

During that year she learned to speak Spanish which she put to good use in later years volunteering teaching evening classes to immigrants. In 1962 she returned to Oklahoma and married James Brand. They later divorced.

He preceded her in death on August 31, 2019. After her marriage Linda taught for many years in South Central Oklahoma before returning to teach in her hometown of Braman. She spent five years as a Special Education teacher in Texas and then returned to Oklahoma to retire from Ponca City.

Retirement didn’t last long as Linda missed working with children. When she was asked to fill a part-time role as Special Education teacher at Peckham she jumped at the opportunity and continued with the work that she loved for the next 15 years. Teaching was not just a job for Linda – it was her true vocation, and through it she made a difference in the lives of countless children for over fifty years.

Family was important to Linda. Growing up Sundays were spent with her paternal grandparents and holidays included big gatherings with the Yunker and Craig families. Linda was generous with her time, and when her children were in school, she volunteered as a 4H leader.

She also enjoyed singing with the Tonkawa chapter of the Sweet Adelines, a barbershop style chorus for women, until it disbanded.

Memorial contributions may be made to Hospice of North Central Oklahoma, sent in c/o Roberts and Son Funeral Home, 120 W. Padon, Blackwell, Oklahoma 74631. On-line condolences can be made at www.robertsandsonfh.com