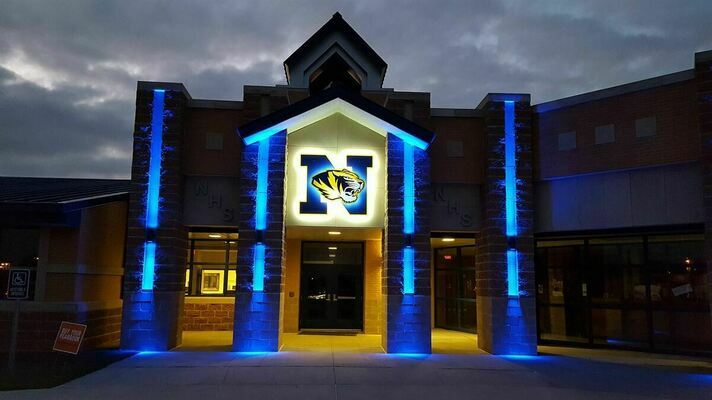 The Blackwell Maroons traveled north to Newkirk on October 14 for the Tigers Homecoming and came away with their second win of the year in a 22-21 thriller.

Freshman Kruz Goff was again the go-to guy with touchdown runs of 46,12 and two yards to go along with a two point conversion. Senior Christian Mora kicked the other two extra points to account for the Maroons 22 points.

The Maroons did not throw a pass the entire game instead running the ball 51 times for 254 yards, an average of five yards a carry. Blackwell’s three scoring drives were for 86,65, and 50 yards with eh 86-yard drive using 18 plays to get the score. The Maroons offense only had the ball five times but scored on three of them. The Maroons also committed no turnovers in the game.

“It was a very physical game, as well as a big rivalry game and they had not showed some of the physical play on previous game tape. Our defense really stepped up and gave us good field position most of the night,” said Maroons Head Coach Brent Parker. Zane McDonald and Aiden O’Dell led the defense with multiple key plays. McDonald was the leading tackler in the game.

Next up for the Maroons is Senior Night Friday night at 6:30 p.m. before they take on Chisholm (0-7) and go for three in a row. Blackwell will have to probably have to then beat Alva on the road to qualify for the play-offs as they hold the tie breaker over Hennessey who plays Alva this weekend.

It will be a wild final three weekends in Class 2A-1 district play.