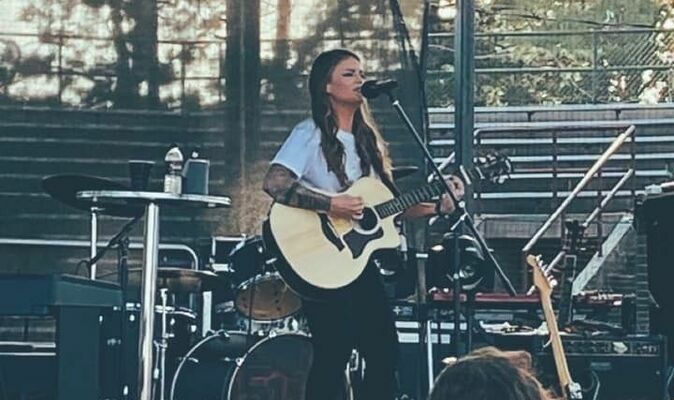 Blackwell residents seemed to have a blast at the City of Blackwell’s Top of OK Jamboree during Homecoming weekend.

In a joint statement released by the Top of OK Jamboree, the organization called the event a success, estimating that 1,500 individuals attended the concert.

“Positive feedback was received from the artist as well as guests,” the statement read.

“The safety and security provided for the event was top notch thanks to the Blackwell Police Department, Kay County Sheriff, Blackwell and Newkirk Fire Departments, and Miller EMS. We are proud to say there were no security or medical issues during the Top of Oklahoma Jamboree.”

Officials thanked those who made the event possible.

“We appreciate the vendors inside and outside of Morgan Field as well as the sports boosters who provided food and drinks for the patrons,” officials said. “In addition to providing a concert experience, we had guitars autographed by each artist. One guitar was raffled at the concert and the other was donated to Blackwell Fire Department’s Christmas for Kids auction. It is our intention to provide this event annually to the community.”

At the recent meeting of the Blackwell City Council, City Manager Jerry Wieland praised Top of OK Jamboree organizers. He said the money raised from the concert will go toward next year’s jamboree.