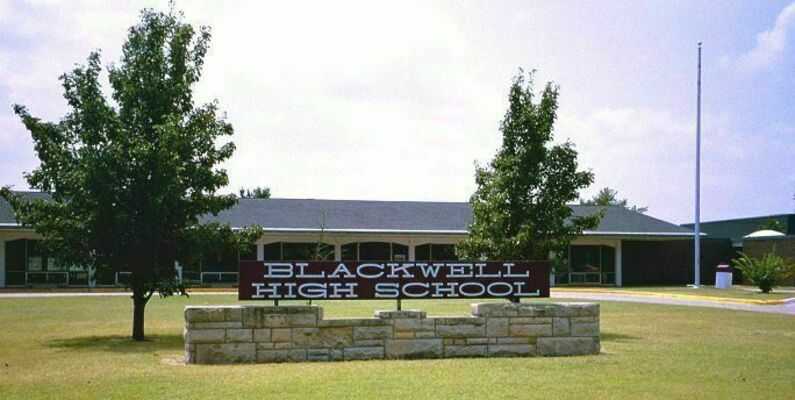 The polls have closed and the results are in as 80% of voters have said "YES" to Blackwell High School's expansive renovation with this week's bond election which was held Tuesday, November 9.

"I'm excited for our students- the community put the kids first," Blackwell Superintendent Shawn Haskins stated after the results came in.

Homeowners can calculate the exact cost by visiting the Kay County Treasurer’s website.

The bond will cover a wide range of modernizations and improvements to bring Blackwell High School into the 21st Century. The project will include new front doors, windows, ceilings and paint to the agricultural and wood shop building, which was built in the 1970s.

It also includes a new entry canopy, interior and exterior paint, front sidewalks and heating equipment in the practice gym, built in 1968.

The southside football facilities, built in the early 1950s, will have handicap-accessible ramps and seating as well as new aluminum seating, a new press box and a new building that will house restrooms, a concession stand and a locker room.

The auditorium, built in the late ‘60s, will have handicap-accessible restroom renovations, a new storefront, new doors, new paint and ceiling work in the lobby, and new carpet and new seating in the auditorium. It will also have new stage sound and lighting equipment, new house lights, new paint and a new HVAC system.

The roofing on the B and C wings at BHS will be completed along with the high roof in the auditorium and the agriculture and woodshop roof. They were not completed during the work done in 2018.

“Our students deserve better,” Superintendent Haskins said. “Our students deserve a school that is up to their standards. Blackwell’s schools are the highest scoring testers in the county, according to the State of Oklahoma’s A-F report cards. Even outside of Kay County, we’re up there with the top, with the elite.”

The modernization will go a long way into saving the district money as well. The district currently spends $15,000 to $20,000 each year on the upkeep of the heating and air systems at BHS. Because of the lighting and outdated energy, BHS makes up a considerable amount of the district’s $247,000 electric bill.

The money saved from BHS’s modernizations will go into technology and resources in the classroom.