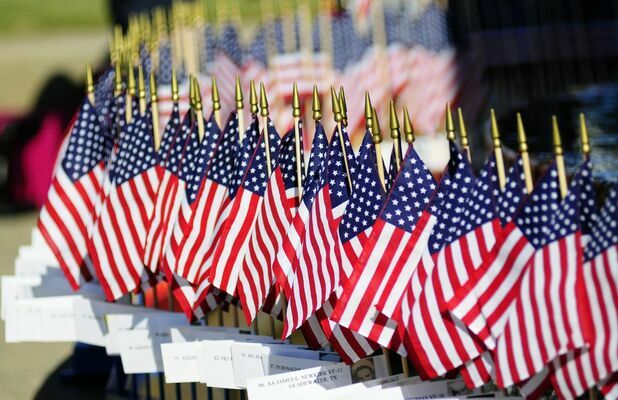 The City of Blackwell will celebrate Veterans Day with the annual parade Thursday at 11 a.m. on Main Street. The line-up for the parade will begin at 10:30 a.m. at the Blackwell CO-OP, 410 N. Main St.

The OIDAR Amateur Radio Club will assist with the setup. Blackwell Veterans of Foreign Wars Post No. 2855 will host its bean feed immediately after the parade.

The bean feed will be at the VFW building, 1006 W. Ferguson Ave. A raffle-ticket drawing will take place at the bean feed, with a $500 gift card to Bubba’s Outdoor Sports or a handmade wooden American flag as prizes. Entrants can purchase one ticket for $5 or five tickets for $20.

The parade marshal this year is Staff Sgt. Mike Richmond of the Oklahoma National Guard, who was approved by the VFW with a 12-1 vote.

The lone “nay” vote came from “I’m not one for the spotlight,” Richmond said.

“Everyone voted yes. … I voted no, and Cory Ingram approached me afterward and said, ‘Yeah, you’re our marshal.’”

Richmond laughed at that exchange, but he said he is immensely proud to represent Blackwell’s veterans in the parade. He also said he appreciates that the VFW members thought of him.

Richmond was born and raised in Blackwell.

He served three years in the U.S. Army during the Vietnam War from 1968 to 1970 with the 299 Combat Engineers on the Cambodian Border in a locale called Dak To.

Richmond described it as stressful. “We had a special operations training base 12 miles up the road from where we were stationed,” Richmond said.

“We had to sweep that stretch for mines every day. Twelve miles there, and 12 miles back. There wasn’t a day that went by that we had any peace and quiet. There was near constant rocket fire as well. So, yeah, it was a bit stressful.” When he returned home, Richmond went into the Oklahoma National Guard for more than 18 years.

That’s where he eventually retired from. Now, Richmond lives in Ponca City and says the thing he loves the most is spending time with his grandchildren, Jaxen and Camryn.

He is a member of the VFW and the Disabled American Veterans organization.