Instead of thanking a Veteran...what about listening to them? 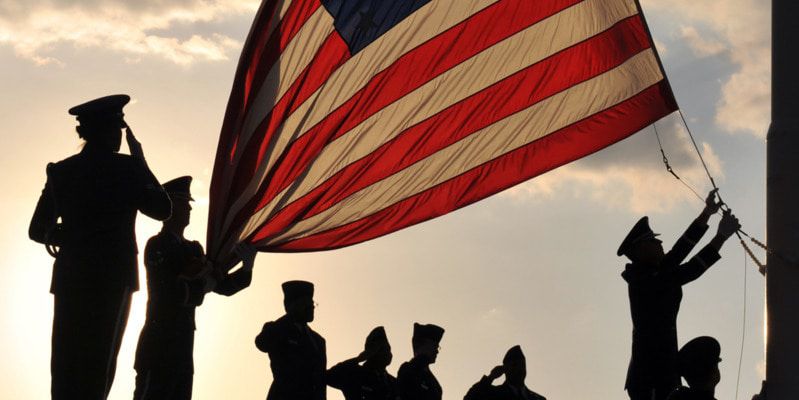 Thursday is Veterans Day, a time to honor the men and women who have bravely fought for our nation’s freedoms.

But should the respect we pay them stop with the phrase “Thank you for your service?”

For as long as I can remember, I’ve been taught to say that to veterans whom I meet. Yes, veterans deserve to know we are grateful for their selfless sacrifices. But without actions, do those words ring hollow?

A 2019 poll by the Cohen Veterans Network found that about 49% of veterans don’t want to be told “thank you for your service.” The reasons why veterans said they were uncomfortable with the phrase varied. Some said they just don’t know how to reply, while others said they’d rather see people express their support meaningfully.

Dave Gowel, CEO of RallyPoint Networks, told Newsweek for a story about the survey: “We challenge you to show appreciation in additional ways for those who have repeatedly stepped in harm’s way on your behalf; think about why you are saying thanks and realize you need to do more than check the block with a simple phrase.” The ways you can thank a veteran besides just saying “thank you” are numerous.

The president of the Cohen Veterans Network suggested having substantive conversations with veterans is one way to show genuine appreciation. “Taking an interest in a veteran’s story about their time in the military is one way to engage beyond just saying thank you for your service,” CVN CEO and president Dr. Anthony Hassan said in the Newsweek story. That’s just a starting point. According to the survey, some veterans hope people will show their support in a more palpable way.

A veteran who took part in the survey, who was not named in the Newsweek story, said: “Instead of hearing ‘thank you for your service,’ I would like to see civilians in our community give back to military families. Either by coaching a sport, giving a class, or going to veterans home and just sitting and listening to the stories of our older generations.” Military.com writer Amy Bushatz discussed 10 different ways people can honor veterans in their communities.

Along with several other writers, Bushatz also talks about the importance of listening to veterans’ stories – especially veterans within a person’s family. “Ask a loved one for stories about their time in the service – and listen patiently,” Bushatz wrote.

“While some may not want to talk about their war experience, for others service was the best time of their lives. Take a few minutes to listen to stories of service from someone in your extended family.” To that end, I’d add this: If you have family members who served and are willing to talk about their experiences, record what they have to say and write it down.

Their service is meritorious, and the tales of their sacrifices not only deserve to be passed down through generations but need to be passed on. Freedom is not free, and we need to permanently memorialize the contributions our loved ones made to the cause of liberty. My grandfather served in the U.S. Navy during the Vietnam War.

His stories – some shocking, and some a little on the lighter side – are one-of-a-kind. No matter what jobs your loved ones might have had in the service, they probably made a difference. Why not learn about that? So, if you’re looking for a way to really thank a veteran this year, consider what you can do to show your gratitude besides just saying “thank you.” Yes, saying “thank you” to veterans is nice. But what are words without actions?