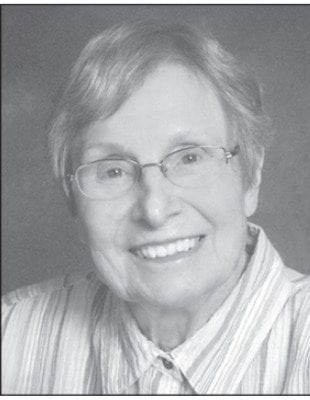 Arrangements are under the direction of Trout Funeral Home & Crematory, 505 W. Grand Ave, Ponca City, OK 74601. Thelma was born on December 12, 1921, in Ralston, Oklahoma to Donovan and Effie (Van Pelt) Appleman. She grew up in Ponca City and after graduating high school, worked for Continental Oil.

On February 13, 1944, Thelma married Leo “Mike” Michealson in Ponca City. To this union brought two children, Linda and Glen. In 1959, the family moved to Blackwell. With children in Jr. high and high school, she began working for Sears in Blackwell, OK. After retirement, she pursued other interests including sewing quilts, painting and learning the French and Spanish languages.

Thelma was a member of Albright United Methodist Church since 1931. She was the third generation to belong to Albright UMC.