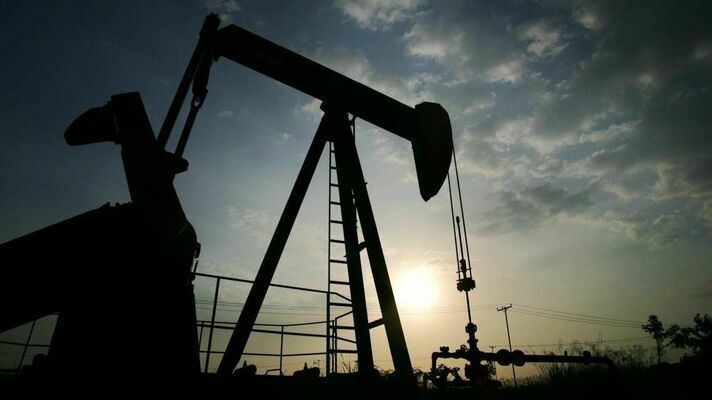 Crude oil storage at a central Oklahoma town known for its dominant role in the energy industry has dropped to some of the lowest levels in years amid supply chain backlogs as gas prices rise across the nation.

Crude oil levels at the Cushing storage facility, one of the largest in the world, were down by more than 56% from 2020 levels as of Oct. 29, according to the U.S. Energy Information Administration. About 26.4 million barrels were in storage as of Oct. 29, down from a high of 60.9 million barrels a year ago.

The facility has a working capacity of roughly 76 million barrels. Cushing, roughly 76 miles southeast of Blackwell, is commonly called the Pipeline Crossroads of the World and is a price settlement point for West Texas Intermediate crude oil, a top global benchmark for oil prices. “Storage at Cushing alone has the potential to really rally the market to the moon,” Bob Yaw-ger, director of energy futures at Mizuho Financial Group, told Reuters in late October.

Crude oil levels there have nearly flipped compared to 2020, when storage rose as lockdown orders swept across the nation in response to the coronavirus pandemic and kept motorists at home. The last time storage levels were this low was in July 2018, when storage numbers sank to about 22 million barrels.

The lowest storage figure on record in the last decade was in July 2014, with close to 18 million barrels in storage, according to the Energy Information Administration.

With oil storage down, fuel prices continue to rise across the nation. GasBuddy, which monitors fuel prices, reported Oct. 28 that prices in parts of California were setting new records. In San Francisco, prices reached an all-time high of $4.75 per gallon, the company reported.

“The Bay area just recorded the nation’s highest-ever average price of gasoline in the United States; certainly a feat that even last year seemed impossible,” Patrick De Haan, head of petroleum analysis at GasBuddy, said Oct. 28. “But thanks to myriad challenges, derived from the Covid-19 pandemic, the average fill-up now costs motorists in the Bay area nearly $62. “This is nearly a 65% premium to the average price in the cheapest U.S. city today - Lawton, Oklahoma, where the average stands at just $2.86 per gallon.

While prices in the Bay soared to similar levels in 2012, they were temporary as a result of a refinery fire. My concern here is that even after refineries get back online after a deluge of rain, prices may remain near or at record levels thanks to the continued rise of the price of oil.”

Whether oil prices will level out depends on energy production, analysts say, but some financial outlets predict prices will continue to rise as supply chain backlogs and pandemic-induced eco-nomic uncertainties persist.

“Crude oil could justifiably trade to the next level higher on the storage drought at Cushing alone,” Yawger told Bloomberg News. “Forget about fuel switching, whether OPEC+ adds addi-tional barrels, or dollar weakness: if Cushing continues to slide, it could get ugly quickly.”

“As an indicator of what’s to come, crude oil prices have risen 20 percent and natural gas by 35 percent in the past two months.”