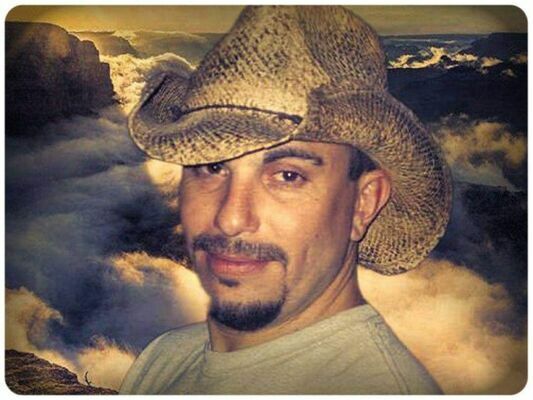 Jody Jay "Hippy" Holeman, 45, of Lamont, OK, left this life on November 4, 2021. A Funeral Ceremony will take place at 1:30 PM, Friday, November, 12, 2021, at the First Christian Church, Lamont, OK, with Reverend John Vaughan officiating. Burial will immediately follow at the Lamont Cemetery, Lamont, OK. Those unable to attend the Funeral Ceremony, may attend virtually on the Trout Funeral Home website, www.trouttonkawa.com and click on the live-stream or toolbar icon on the top right corner after 1:15 PM. Arrangements are under the direction of Trout Funeral Home & Cremation Service of Tonkawa, 505 Thunderbird Rd, Tonkawa, OK 74653.

Jody was born on November 3, 1976, in Bowling Green, OH, to Clifford Guy Holeman and Virginia Kay (Houtz) Roberts. He attended schools in Wayne, OH, California and various schools in Oklahoma, obtaining his GED in 1997. He worked as an electrician for AllTerrain Electric in Drummond, OK. Jody enjoyed spending time with his sons, tinkering on vehicles and in the garage, figure 8 racing, Sunday services and loved all kinds of music.