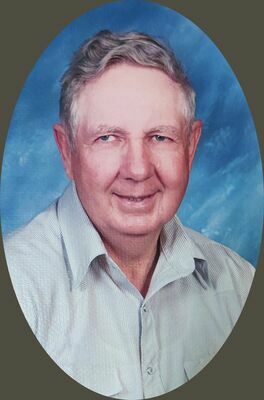 He attended school in Deer Creek and later attended classes at Northern Oklahoma College. He served his county in the Army Reserves.

He looked forward to his yearly trips to Colorado with his wife Sandra, daughter, granddaughter, and friends. Wicke could also be found driving the country roads with his hunting dogs while listening to country music.

He was a member of the First Baptist Church of Blackwell, Oklahoma, former member of the Deer Creek Volunteer Fire Department, proudly serving as chief at one time. He also served on the Clyde Coop Board.

The family greatly appreciates the Miller EMS, Grand County Sheriff’s Department, the members of the Deer Creek Volunteer Fire Department and the many friends and neighbors that acme to offer help and support.

A memorial service will be held at 3:00 p.m. on Friday, November 26, 2021, at First Baptist Church in Blackwell, with pastor Cody Biby officiating.

In lieu of flowers, memorial contributions may be made to the Oklahoma Baptist Children’s Fund, sent in c/o Roberts and Son Funeral Home, 120 W. Padon, Blackwell, Oklahoma 74631.