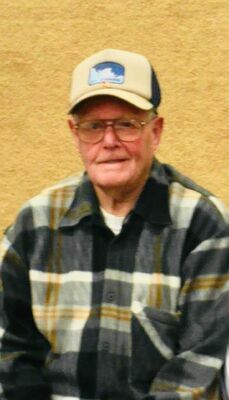 Mr. Moore was the eldest son born to Olive and Aussie Moore in Blackwell, Oklahoma on April 6, 1928. Mr. Moore grew up and made his home in Blackwell. As a young man, he served his country in the 45th Infantry Division of the National Guard, a division activated and called to action in the Korean War where he honorably served. Jack later became a pattern maker at the ACME Foundry before retirement. He moved to Enid where he spent his retirement years as a meticulous collector and avid bicyclist. He rode his bike every day and everywhere, including on his nightly treks to his favorite burger joint. Though he took a few spills over the years, Jack always dusted himself off and got back on. He was still riding his bike at 93 years old.

Jack is survived by his sisters Betty Murrey of Monterey, CA and Joyce Allen of Alma, AR, as well as his brother Max Moore and grandson Lance

Osgood, both of Blackwell, OK.

Mr. Moore is preceded in death by his parents, 2 sisters, Bonnie Martin and Peggy Dunaway, his brothers Jim, Gary, Bill, Danny and Donny Moore, and his son, Terry Osgood.

Graveside services were held at 2:00 p.m. on Friday, November 12, 2021, in the outdoor chapel at Blackwell Cemetery with James W. Roberts officiating.