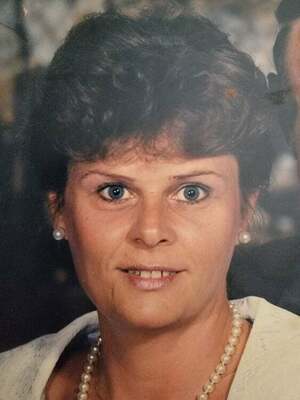 Kathleen was born on March 26, 1947 in Wichita, KS, the daughter of Willard Carver and Maryalyce Hicks. She moved to the Blackwell area at a young age.

She married Douglas M. Jenkins on June 11, 1962 in Blackwell and later that year they settled in Sandston, VA. In 1976, they returned to Blackwell to make their home before moving to a farm east of town.

She worked as a homemaker raising their five children, who she is survived by.

After divorcing in 2000, she met Walt Colvin, marring him in August 2001. She is survived by Walt of their home in Tonkawa.

After her children were grown, she went to work for Southwest Cupid, until her retirement in 2016.

She is also survived by her twelve grandchildren and many great grandchildren and all of her siblings. Sisters, Margo Thomas, Nedra and Ed Clark, Marsha and Eldon Smith, Denice and Richard Blouin, and brothers Butch Carver, and Rex Hicks Sr.

A graveside service is scheduled for Friday December 10th at 11 A.M. at the Blackwell cemetery, followed by a family and friends’ lunch and gathering at the museum club room.