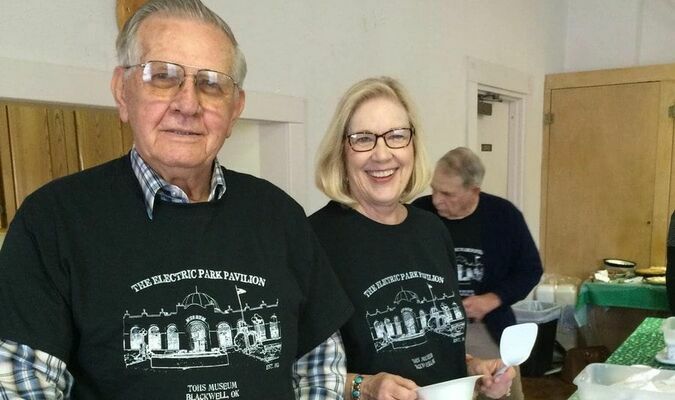 The Top of Oklahoma Historical Society Museum will host a soup-lunch fundraiser Friday in recognition of the 80th anniversary of the Pearl Harbor attack. Several different soups, as well as chicken and noodles, will be offered from 11 a.m. to 1:30 p.m. in the museum’s club room.

Tickets cost $8 each and include all-you-can-eat soup, a mug to hold the soup, corn bread and dessert. “We are so glad to be able to have our soup luncheon once again,” Museum Director Melissa Hudson said.

“This has been one of our most popular events.” The museum also will feature a special Pearl Harbor exhibit in addition to its extensive display of military items. Included are uniforms from various wars, beginning with World War I. Recently, a Bible was discovered in a pocket on one of the uniforms.

The Pearl Harbor naval base in Hawaii was attacked on Dec. 7, 1941, the impetus for the United States to enter World War II. The museum has been designated a Blue Star Museum, which is a collaboration among the National Endowment for the Arts, Blue Star Families, the Department of Defense and museums across America.

Veterans and active-duty service members can visit Blue Star Museums, which place an emphasis on military history, for free. The museum is at 303 S. Main St.