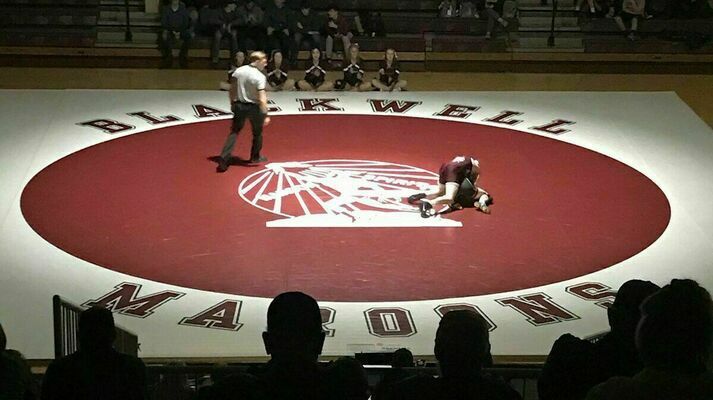 The Blackwell Maroons high school wrestling team got their 2021-2022 season off to a great start last week with a 58-18 rout of Class 6A Enid. The Maroons got it rolling early with a fall at 106 pounds by Jaxson Brown.

The Maroons were in action last night against Ponca city and then travel down the road to the Perry Tournament of Champions this weekend. There will be teams from Ark City, Choctaw, Prosper, Texas, Owasso, and Ponca City just to name a few. It should be a strong test for the Maroons.