SPIDER-MAN: NO WAY HOME is the best Marvel movie ever made. 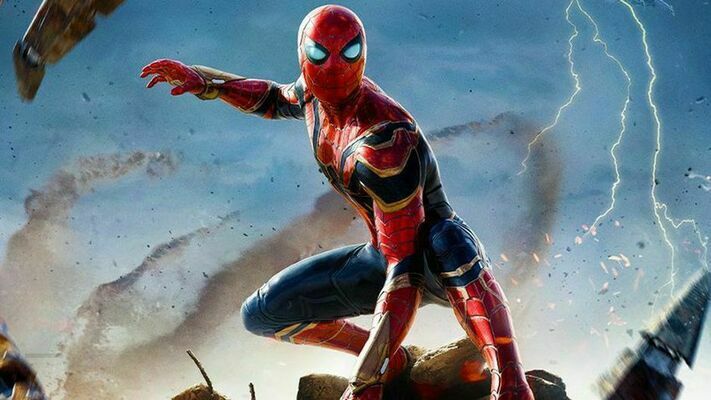 “Everything Spider-Man touches, comes to ruin.”

This past weekend saw Sony and Marvel Studios SPIDER-MAN: NO WAY HOME debut to the second-biggest opening weekend of all time and bring Tom Holland’s Spider-Man origin story trilogy to a close while simultaneously offering Spider-Man fans of every iteration a glowing love letter to their character, to the universes they inhabited, and deeply rooted nostalgia we all feel to our favorite web-slinger.

Of course, the spell goes wrong and causes a rift in the multiverse to open (multiple worlds across space and time with different variations). Soon, Peter finds himself facing off against foes who fell in battle to different Spider-Men all seeking revenge including the mutated and ferocious Lizard (Rhys Ifans) and the erratic Electro (Jamie Foxx) from THE AMAZING SPIDER-MAN as well as Sandman (Thomas Hayden Church), Doc Ock (Alfred Molina), and the sadistic Green Goblin (Willem Dafoe) from Sam Raimi’s SPIDER-MAN trilogy.

Now, Peter Parker must face the greatest battle of his life and find out what it means to truly be Spider-Man.

In 2002, my parents took me out of school on a quiet May afternoon, convincing me I had a doctor’s appointment. What they really did was take me to see the very first Spider-Man movie on the opening day. It was the happiest moment of my life.

Ten years later, July 3, 2012, I was dressed up in my spandex costume at the Ponca City movie theater with my girlfriend at the time as Gwen Stacy, ready to see THE AMAZING SPIDER-MAN at midnight. I was in love, I was with my friends. It was the happiest moment of my life.

Almost ten years later, December 20, 2021, I saw NO WAY HOME in Tonkawa with my friend and his son. For two hours, I got to witness a highlight reel of memories. I got to live nearly three decades of Spider-Man in one fantastic, bittersweet, emotionally charged thrill ride.

NO WAY HOME is a fantastic film for Tom Holland, who gets beaten, gets angry, experiences pain and loss. He finally becomes Spider-Man in the way that fans have chided his version of the character in the past for not embracing: through loss. Through pain. Through heroism. Through anguish. Through rage.

Holland’s boyish charm he’s put on through his Marvel outings dating back to his 2016 debut is pushed to the limits here, and the one on one battle he has with Willem Dafoe’s Green Goblin cashes in Holland’s goodwill as we fear for his life as he brutally trades blows with Goblin through fifteen floors of an apartment complex, culminating in a gut-wrenching and emotionally brutal moment that is ONLY the film’s halfway mark.

NO WAY HOME introduces Tobey Maguire and Andrew Garfield’s Peter Parker who come to lend a webbed hand from their respective worlds to catch their respective villains. While it’s wonderful to see Maguire back, it is even better for my favorite Spider-Man, Andrew Garfield, who headlined two of three planned films in “The Amazing Spider-Man” series and was crucified by the general public for them.

Last year, in my think-piece on Garfield’s two-film series, I wrote:

“The mask [of Spider-Man] is another person, another identity. Put the mask on, and you'll be someone greater than yourself. You can escape. The title of ‘Spider-Man’ comes with a cost. It destroys those under it...but what it means to those who see it is far more important.”

In NO WAY HOME, this is on full display and greatly realized with all three Spider-Men.

Garfield’s Peter failed to save his love, Gwen Stacy. Maguire’s Peter lost his best friend and wrecked his relationship with MJ. Holland’s Peter loses almost everything dear to him in his attempt to separate Peter from Spider-Man.

We see loss, here. Plenty of it. But we see redemption. Garfield’s Peter vindicates himself for the death of Gwen and also has a surprisingly touching moment with Foxx’s Electro who was an underrated example of a tragic villain in his own film. In a meta way, Garfield is given his own salvation as an actor here, and you can almost see the hatchet between he and Sony buried before your eyes.

Maguire gets to see Otto Octavius, his mentor and friend, one last time as well as Flint Marco, The Sandman, a source of his pain and angst from SPIDER-MAN 3. He even gets to right one of his greatest wrongs in his failure to “cure” Norman Osborn.

Of course, we get to see a terrific battle atop the Statue of Liberty between the Spider-Men and their villains, too. The action here is thrilling, and it seems director Jon Watts is slowly coming into his own, much as his on-screen Peter Parker.

There is a surprisingly great visual homage to 2017’s BLADE RUNNER 2049 during a heavy scene in the rain where Peter is watching J. Jonah Jameson, and Watts seems to borrow from prior Spider-Man directors Raimi and Webb with the formers brutal action choreography between Spider-Man and Green Goblin and the latter in an emotional and startlingly tragic ending romance scene.

SPIDER-MAN: NO WAY HOME is the best movie of the Marvel Cinematic Universe, by far. It is also, now, probably in the top three Spider-Man films. I could type out 50 more pages on how brilliant this film was, but I simply don’t have the time. Go see it. Now.

NO WAY HOME is playing in Stillwater, Ark City, and The Hub in Tonkawa.