Worst roads in the U.S.- where does Oklahoma place? 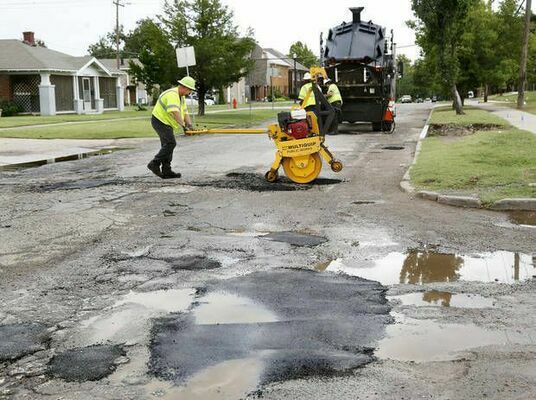 Oklahoma is ranked among the Top 20 states with the worst roads in America, according to a new survey. Coming in at No. 16, Oklahoma was just behind Pennsylvania and ahead of Texas, according to the results of a study by Consumer Affairs, a consumer-driven website that polled more than 1,000 residents in each state between Oct. 30 and Nov. 8.

Meanwhile, just across the state line, Kansas was ranked as the state with the best roads in the U.S. Residents in each state rated their local roads on a scale from 1 to 10, with 1 being “terrible” and 10 being “excellent.” Weighted averages were combined with the most recent available data from the U.S. Department of Transportation and the U.S. Federal Highway Administration to calculate rankings.

Locally, Blackwell’s roads will receive a major overhaul with the planned 13th Street and Blackwell Avenue projects. Main Street was completely resurfaced this summer. The Top 5 states with the worst roads were Rhode Island, Hawaii, Wisconsin, California and Massachusetts.

The Top 5 states with the best roads were Kansas, Alabama, North Dakota, Kentucky and Florida.