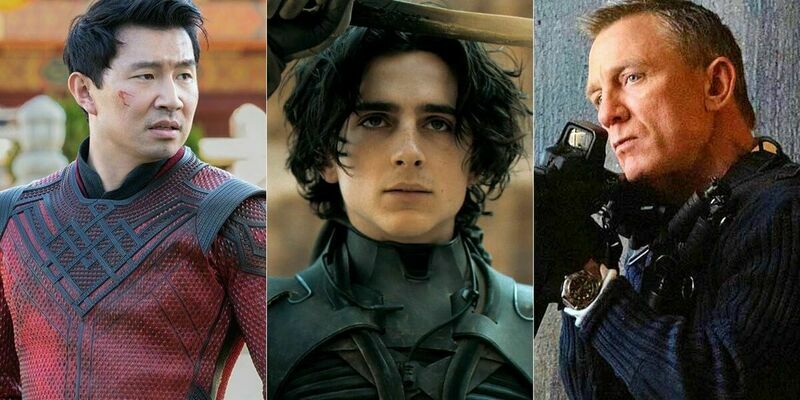 2021 is coming to a close, and it is now time to look back on this year in film with my top 10 list of this year’s best releases.

Note: Paul Thomas Anderson’s “Licorice Pizza”, Steven Spielberg’s “West Side Story”, and Ryusuke Hamaguchi’s “Drive My Car” are all sure-fire locks for my Top 10, but I have yet to see them.

Denis Villenueve’s adaptation of Frank Herbert’s biblical science-fiction tome “Dune”, specifically about 2/3’s of the fist book, is a visual marvel to behold and is chock-full of lavish vistas, engaging action, and knockout performances by leads Timothee Chalamet as future-messiah Paul Atreides and his mother, Lady Jessica, played by Rebecca Ferguson.

DUNE is an absorbing and engrossing film that continues Villenueve’s winning streak of aesthetic delights such as BLADE RUNNER 2049, SICARIO, and ARRIVAL.

If you’re a fan of sci-fi, DUNE is a must-watch. The way it rides the line between almost surrealist fantasy and “Game of Thrones” esque political power plays is a treat to watch, and this 2 and a half hour masterpiece flies by as fast as a Thopter scanning the Arrakis sands for worms.

Paul Schrader’s crime-drama stars Oscar Isaac as a brooding drifter named William Tell, a card counter, who gets involved in a nefarious plot to exact revenge against a military general he served with at Abu Ghraib as an interrogator. Along the way he falls in love with a gambling stable operator La Linda (Tiffany Haddish) and takes the son of a man he served with (Tye Sheridan) under his wing.

The Card Counter was a very nice little film that painted a very complex individual out of Isaac’s William Tell in very finite strokes. He’s a man who spent a decade in prison and now coasts from casino to casino, staying in cheap motels that he strips down and decorates in white sheets to stimulate the bland and bleak setting of his cell. The romance here between Isaac and Haddish is the film’s highlight, as well as the terrifically shot poker tournament scenes. I was thoroughly impressed by this stylish and heart-wrenching film.

This wholesome period-drama, a very personal film from Irish director Kenneth Branagh (Thor, Murder on the Orient Express) tells the story of Buddy, a bright-faced dreamer who grows up on the streets of Belfast during The Troubles in Ireland in the late 1960s. Shot in black and white, this film is obviously an homage to ROMA while also acting as a clear outlet of nostalgia and longing for director Branagh who paints a very human portrait of an Irish family struggling during such a tumultuous time.

While BELFAST might be light on any real gravitas, it’s greatest strength is how dreamy and whimsical it is in the face of such a dark time in Ireland’s history. It also shows, exceedingly well, how the magic of movies can help us escape our roughest days which is a message that is especially poignant after the COVID-19 pandemic.

4. THE EYES OF TAMMY FAYE

This biopic following the meteoric rise and crashing fall of televangelist husband and wife duo Tammy Faye Bakker (Jessica Chastain) and Jim Bakker (Andrew Garfield) is brought to life with a sympathetic lens on the titular Tammy Faye by director Michael Showalter.

Chastain gives the performance of her career (impressive, given her roles in films like MOLLY’S GAME and ZERO DARK THIRTY) as the endearing Tammy Faye who stood (reluctantly) by her husband’s side through several affairs and exhaustive money laundering schemes.

All Tammy wanted to do was sing and spread the word of God, but life had other plans for her. The film is absolutely crushing, and the ending is one of the most devastating tear-jerks I’ve seen in a long, long, while.

This much-hyped fantasy feature from director David Lowery takes the myth of Sir Gawain and the Green Knight and puts a decidedly surreal take on it as well as tinkering some with the greater Arthurian mythology. This adventure film follows Dev Patel as Sir Gawain as he journeys across a mystical landscape to battle the mysterious Green Knight, who a year prior on Christmas he had bested in King Arthur’s court.

On his way to this perilous rematch Gawain encounters ghosts, robbers, witches, and giants on his journey of self-discovery.

This drama certainly isn’t for everyone, and the person I saw it in theaters will violently hated it while I loved it. Your mileage with his one may vary.

Newspapers want to hear from you