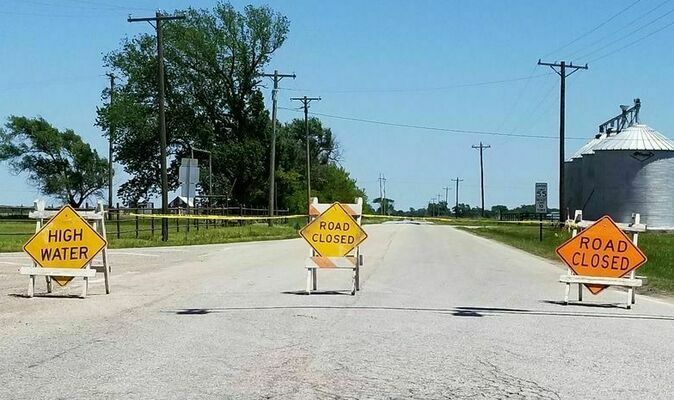 Hubbard Road is finally showing signs of life again, it would seem, as Kay County Commissioner Jack Godberson confirmed just before Christmas that the $10.9 million Hubbard Road bridge project discussed back in 2020 has been awarded to EST Incorporated out of Oklahoma City by the Department of Transportation.

The multi-million project was approved last year by the District 8 Circuit Engineering Division using Federal Highway Funds to make permanent repairs to the Hubbard Road bridge which was devastated in the 2019 flooding that saw the Chikaskia River rise to obscene and destructive heights.

Godberson said field surveying has been completed and is being processed and that a hydraulic study of the river flow is projected to be completed by the end of January.

An eight-month environmental study will follow. “When all the studies are compiled, ODOT and EST Inc. will design and determine the span of a new bridge,” said Godberson in a news release. “Early speculation is that the two existing bridges will be replaced by one and that construction could begin in 2024.” He added,

“I know that it has been an inconvenience for the 2,300 vehicles per day that would commute on this road but please bear with us as work is being done even though you can’t see it.” Following May 2019’s destructive flooding, county leaders had mulled a temporary fix over for the roadway but decided that a more permanent solution was necessary.

It is estimated that once the studies and engineering assessments are complete that the actual bridge would take around nine months to complete.