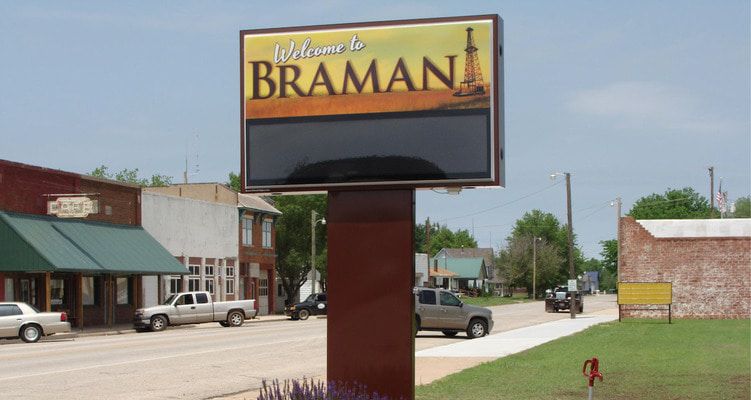 State auditors have started an investigation in Braman over allegations that the town’s former clerk misappropriated municipal funds.

Braman Mayor Donna Campbell confirmed to The Journal-Tribune that she spoke with an employee of the Oklahoma State Auditor and Inspector’s Office last week.

The official has obtained documents from the town, Campbell said. The investigation comes after more than two years of controversy in the small community in northern Kay County, where political turmoil began over allegations that former Town Clerk Sandra Barrows increased her own salary without the approval of the town board and received other municipal funds the town board never voted to spend.

Campbell, who was appointed to the mayor’s seat in December following the resignation of former Mayor James Lunn, said she’s asking town residents to be patient with the investigation.

“It’s long,” Campbell said. “But it is in the works, and it’s finally moving. … We can finally say we’re making progress.” Campbell and others have pushed since spring 2019 for state auditors to examine financial irregularities and inconsistencies uncovered at Braman Town Hall.

Barrows resigned as clerk the day after she walked out of an April 2019 town board meeting, where former Mayor Marvin Allen “Marv” Sandbek – Lunn’s predecessor – was sworn into office. Barrows did not turn over the town’s computer passwords or keys when she left, Sandbek said at the time.

Sandbek campaigned on bringing transparency to Braman, and he was largely responsible for the town’s pursuit of an independent audit.

Kimberlye R. Mayer, a CPA from Blackwell, completed and released the audit in April 2020, revealing that Barrows had control of virtually all of the town’s finances, Mayer said in a letter explaining the audit.

“Because there was little to no oversight, this employee was in a position to manage all aspects of the utility billing process including billing, receiving, depositing and recording payments in both the utility program and the accounting program,” Mayer wrote.

“The list of checks to be approved at the board meetings is also prepared by the same employee. The lack of oversight over the accounting and utility process enabled a misappropriation of the Town’s funds.”

Mayer also reported numerous instances in which the town’s expenses were understated in financial reports and a case in which one of the town’s certificates of deposit was cashed in without the town board’s approval. In her audit of the town’s 2017 – 2018 fiscal year, Mayer reportedly found duplicated financial transactions, voided and missing transactions and other uncorrected financial errors totaling more than $10,000. She said those problems persisted in the next fiscal year.

Sandbek served as mayor until August 2019, resigning after four months because the political climate became untenable, he wrote in a resignation letter. Lunn, another trustee, was later appointed to fill the spot. Attempts to reach Lunn and the state auditor’s office for comment were unsuccessful.

Sandbek said he feels relieved that state officials are looking into the town’s issues. “It’s been my singular focus and my hope that the community can recover its financial losses, turn the page and get on to the future of Braman. It’s as my campaign slogan was, ‘For a Better Braman,’” Sandbek said. “I think justice will prevail here.”