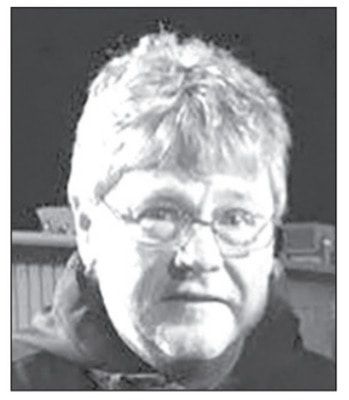 As a young boy he moved with his family to Blackwell where he grew up and graduated from Blackwell High School in 1984. From a young age he started working mowing yards whenever he could. When he turned sixteen he began working in a machine shop in Blackwell.

In 1991, He began his career with Southwest Cupid after working his way up he was promoted to plant manager. He enjoyed cheering on his favorite teams Oklahoma Sooners, Tonkawa Buccaneers, and Kansas City Chiefs. Some of his greatest joys came from his family, especially his grandson, fishing with his son, Austin Sharp, and from being an assistant coach for his daughter, Taylor Sharps, traveling softball team with his nephew, Justin Sharp.

He is survived by his wife, Tina Sharp of Tonkawa; two daughters, Taylor Sharp of Tonkawa and Allyson Presley and husband Holden of Ponca City; two sons, Bryan Sharp and Austin Sharp both of Tonkawa; four brothers, Allen Sharp and wife Susie, Roger Sharp, Mike Sharp, and Ricky Sharp and wife Jeana all of Blackwell; and his grandson, Easton Presley of Ponca City. He was preceded in death by his mom, Grace Pryor, his dad at an early age Walter Lee Sharp, and his step-father, Floyd Pryor.

Serving as honorary casket bearers will be Austin Sharp, Bryan Sharp, Darren Oxford, and David Hollingsworth. A memorial has been established in his honor with Tonkawa Quarterback Club in c/o Roberts and Son Funeral Home, 120 W. Padon, Blackwell, Oklahoma 74631. On-line condolences can be made at www.robertsandsonfh.com