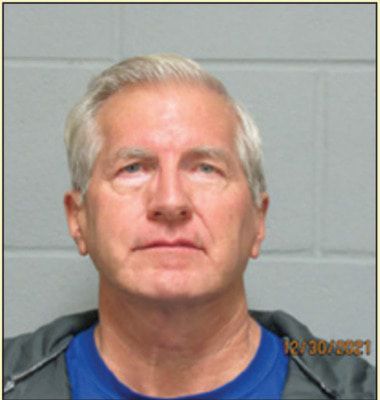 The former Blackwell city manager, Thomas Outhier turned himself in to the Kay County Sheriff’s Office on December 30.

There has been an arrested warrant out on Outhier since August 24 on the allegations of fraud and conspiracy as it relates to the City of Blackwell and alleged business practices between Blackwell Mayor TJ Greenfield and Tonkawa City Manager Kirk Henderson.

Outhier listed his address as Okeene, Oklahoma on the booking sheet. Outhier has retained David Henneke of Enid as his attorney. Outhier made and appearance in front of Judge Wilkie on Dec. 30 and was released on a $5,000 bond. Outhier is due back in court on January 14 at 9 a.m.

Outhier who was Blackwell city manager during parts of the alleged activities is charged based on Oklahoma State Auditor and Inspector General findings that relates to the straw purchase of concrete blocks that Henderson, who is Tonkawa’s City Manager were involved in.

Outhier was Tonkawa’s former city manager before he came to Blackwell. Henderson has his preliminary hearing on March 3 at 3 p.m. and Greenfield is scheduled for March 28 at 10 a.m.